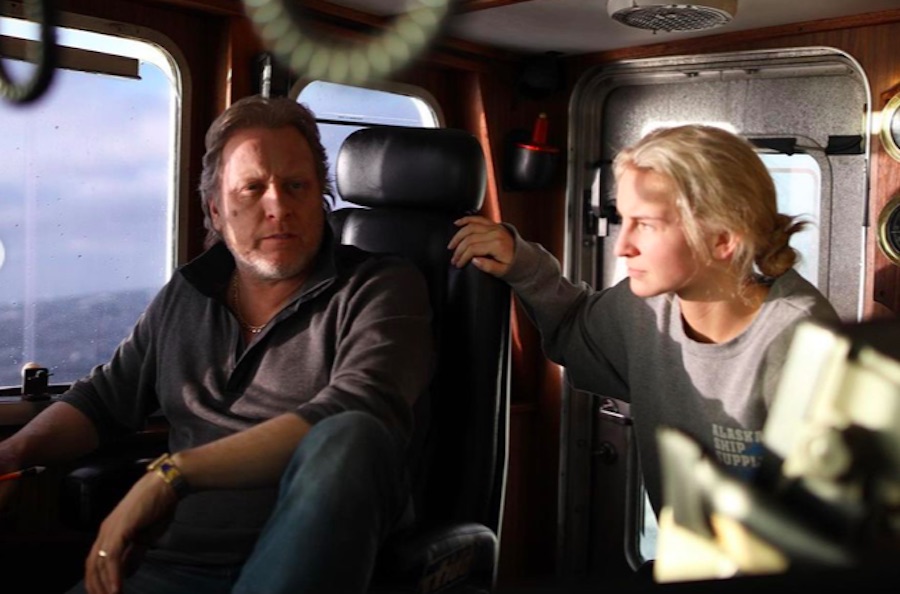 Deadliest Catch Season 17 has brought back some old favorites, like Johnathan Hillstrand. However, there are some changes ahead. That is most true with the F/V Northwestern. Captain Sig Hansen is grooming a new captain.

Captain Sig Hansen has been grooming a new captain for the past few years. Deadliest Catch fans have been watching him struggle with relinquishing control of the F/V Northwestern, to allow his youngest daughter, Mandy Hansen-Pederson to take over.

However, Sig admits that he has some trust issues. According to Nicki Swift, Sig recently made some big revelations. When confronted with his trust issues, he has to admit that he has them.

“Absolutely, I mean I have to learn to trust Mandy more, right? And what’s kind of nice, too, is that, you know, all this is happening in real-time, but it’s all being documented, and after a while, you know, you don’t even know the camera guys were there, but then, yeah, you know, you see it for yourself later and you learn from it, and then, you know, split-second decisions are made, maybe you put equipment off one day and the next, you know what I mean?”

This has all been a growing process. Sig admits that it is part of life and he is getting better with this whole situation. “It’s just like, I was never a perfect dad, and I’m never the perfect captain, but I like to think that, you know, we grow and get better.”

Will Mandy Take Over The Northwestern?

One of the biggest questions that Deadliest Catch fans want to know is who will take over the F/V Northwestern. Could Sig’s youngest daughter replace him? It sure sounds like it.

His response to that question is in the affirmative. “That’s the plan. She’s been fast-tracked.” However, one of the reasons he wanted her to become captain was because he hated to see her “suffer.” Captain Sig explained, “I just couldn’t bear watching her on deck — you know, she, she did as much as she could do — and watching her suffer.”

Watching her work on deck made Sig’s mind churn. “I’m thinking to myself, ‘Look into this,’ and the big picture is you take over the chair, so to speak. Then, let’s get you going on it, and knowledge is power, and I think the more experience she has there, the better off we are as a family entity, and that’s just, you know, there’s no animosity with the group about that. That’s just the way it is.”

In his ever defiant way, Sig shared his feelings for those naysayers. “And if you don’t like it, you can get the hell off my ship and find another job.”

One thing Deadliest Catch fans know is that Mandy Hansen-Pederson is tough. According to Hollywood Soapbox, Mandy revealed that since her youth, Captain Sig made it clear that crab fishing was a man’s game.

Captain Sig was not always on board with Mandy working on the F/V Northwestern. However, she won him over and now supports her. She started salmon tendering at the age of 14. She even went to the Maritime Academy to become a captain. Moreover, she has stated that being a Hansen meant that being on a boat is part of the family’s business. She loves being outside and enjoys the physical work required to do the job. Best of all, this is a family business. That means a lot to her.

Be sure to watch the Deadliest Catch Season 17 on Tuesday nights on Discovery Channel at 10 PM. Meanwhile, discovery+ viewers will get episodes one week early. It is currently streaming commercial-free.