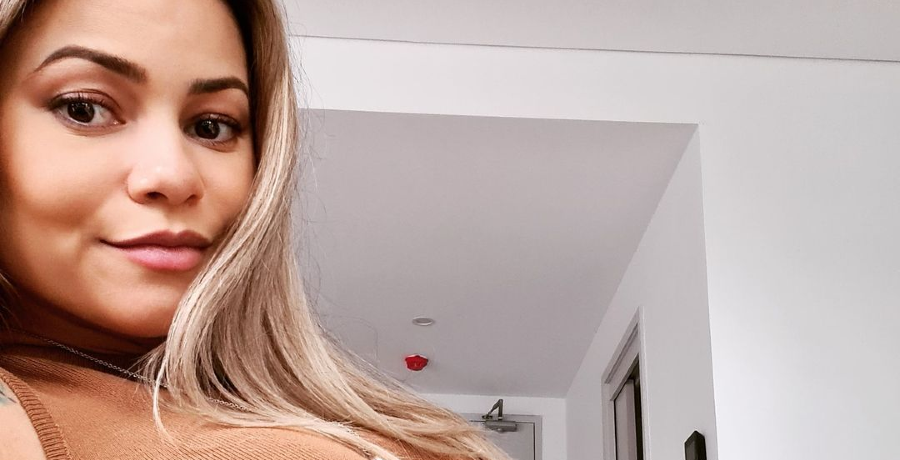 Below Deck Sailing Yacht star Dani Soares has some helpful advice for her fellow yachties. Earlier this week, TV Shows Ace reported her baby news. She announced via Instagram that she’s expecting her first child. However, fans don’t know who the baby’s father is.

This led the rumors to swirl. Some fans think it belongs to Jean-Luc Cerza-Lanaux. The couple’s relationship is currently playing out on the series. In the midseason trailer, Dani makes it clear that she wants to have a baby, whether he likes it or not. Since she announced her pregnancy, fans have been trolling Jean-Luc on Instagram.

The Below Deck Sailing Yacht star joined Alli Dore and Daisy Kelliher for another round of “Pity Party” on Instagram. In the social media series, the trio discusses each episode from this season. In the midseason trailer, Dani tells Jean-Luc that if she gets “pregnant, that’s God’s will.” All three ladies laughed at that scene. Dani said that this season should be a cautionary tale for all yachties.

She admitted that she was drunk for most of the season. Since leaving the yachting industry, she has stopped drinking. Currently, Dani is studying to become a nurse and is changing her life around. However, some of her mistakes have come back to haunt her.

“I think our season of Below Deck has a lot of PSAs that are very important for young people,” Dani said. “They are, don’t drink too much. Make sure you remember what you did last night. And make sure you wear a condom. That’s part of the trailer!”

Her joke made all three stews laugh. The rest of the midseason trailer also has an STI scare. Jean-Luc freaks out in his cabin. Then, he admits in his confessional that he caught Chlymadia the second time. Fans are wondering if Jean-Luc ends up giving Dani an STI along with a baby.

Since announcing the baby news, she said she feels free. “It’s out there now guys,” Dani said at the beginning of the video. The former stew is “relieved that I don’t have to worry about some weirdos taking pictures of me at work.” She plans to continue her studies even after the baby was born.

On Sunday, April 25, the Below Deck Sailing Yacht Season 2 star confirmed that she’s pregnant. The rumors have been swirling for weeks, even before she announced it. Some fans had a feeling that she was hiding something in her posts. Even Dani left Easter eggs about her pregnancy all over her Instagram page.

“It’s just you and I little baby,” she wrote in the caption. Both friends and followers congratulated her on the news. Izzy Wouters from Below Deck wrote, “Love you girl! So so sooooooo proud of you, you incredible lady.” Fellow Below Deck Sailing Yacht star Chef Natasha de Bourg added, “It will ‘Never be you and the baby alone I will always [be] your biggest fan and support.. Love you.”

Dani may have hinted about her pregnancy in a previous “Pita Party” Instagram clip. At the time, she announced that she’s no longer drinking. She joked about “Drunk Dani” on the show. She also shared another “PSA” that yachties shouldn’t stop drinking simply because: “It’s not good for you.”