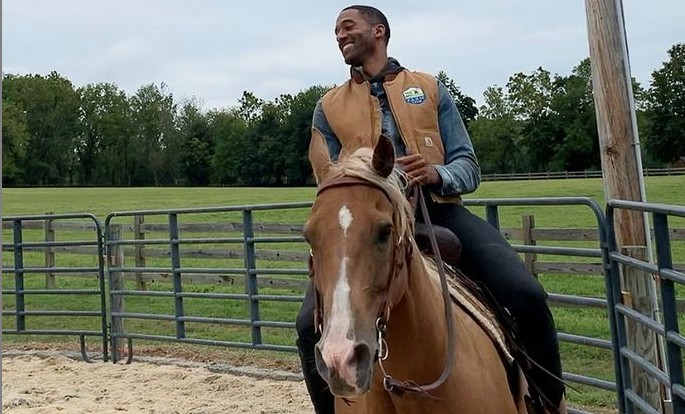 It’s been a tough road for Bachelor Matt James and his final rose winner, Rachael Kirkconnell. They were into each other throughout the season. However, accusations surfaced regarding Rachael’s past behavior. She faced racist accusations and came under fire, taking host Chris Harrison down with her. Matt James initially said he on the After the Final Rose he wanted nothing to do with her. In the end, he did end up talking more to her. What changed and where do they stand now. Was he just lying at the special after-show?

Bachelor Matt James reveals where he stands with Rachael Kirkconnell

People caught up with Matt James to get the inside scoop on where things stand with Rachael. Many have speculated for weeks about his seemingly on-again, off-again relationship with her. Now, he’s clearing the air and the rumors by addressing it all himself.

So, are they together? Matt said, “I’ve seen Rachael a handful of times.” He continued, “I’m not pursuing any relationships right now outside of that. I said I was going to focus on my relationship with her and that means focusing on it.”

When asked if Rachael has been doing her part to become more educated in regards to racism, Matt said they should ask her about it. He went on to say, “A lot of what I’m focused on right now is the work that I’m doing in the community and with the [marathon] training.”

Matt is striving to focus on being a voice within the community. He said, “Just being at the center of meaningful conversations, that’s what I’m looking to do. I really enjoyed the conversations I had over the past few months and I think it’d be a lot of fun to be a voice on important issues. That’s where I see my future and where I’m pursuing opportunities.” 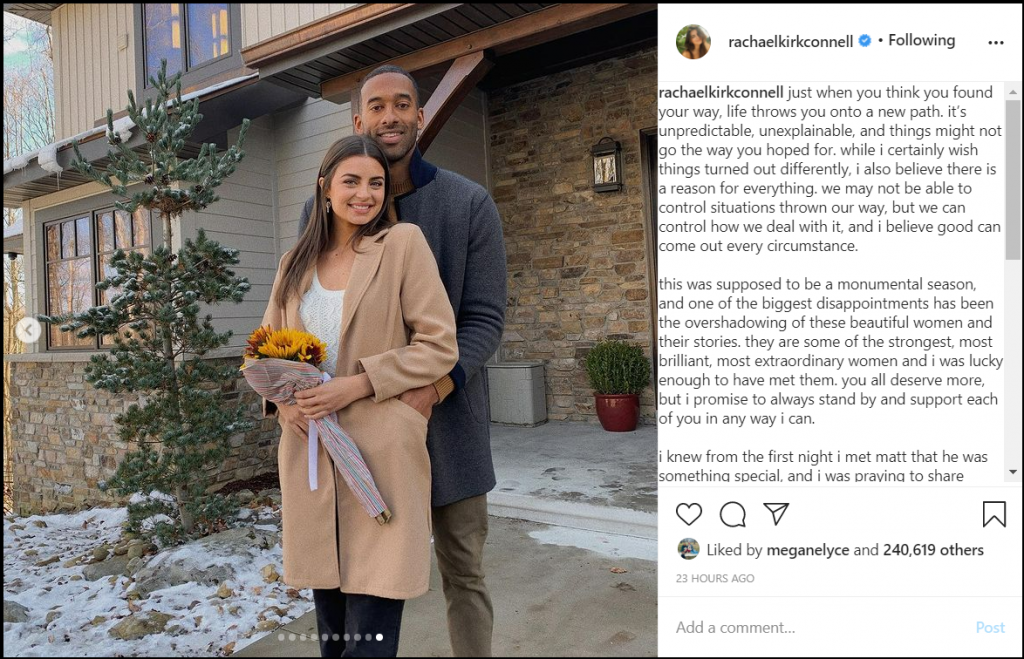 The rumors surrounding Matt and Rachael, plus did he lie?

Matt recently flew Rachael out to New York to spend time with him and work on their relationship. It ended badly when it was revealed to Rachael that Matt tried to hook up with a woman named Grace in Florida. However, Matt and Rachael were spotted together in California this week. Fans speculated that perhaps she plans on giving him another chance. As per the above comments from Matt, that appears to be the case.

Other sources said following The Bachelor: After the Final Rose, Matt was in constant contact with Rachael. So, speculation continues that perhaps Matt wasn’t being entirely truthful on the special. Did he lie to keep from facing the fallout involving staying with Rachael? Obviously, fans will probably never know the truth behind that accusation. However, it’s quite suspicious he was in constant contact with someone he said he could no longer see a future with.

In the meantime, Matt and Rachael appear to be trying to make things work.

Do you think they should stay together? Do they make a good couple?