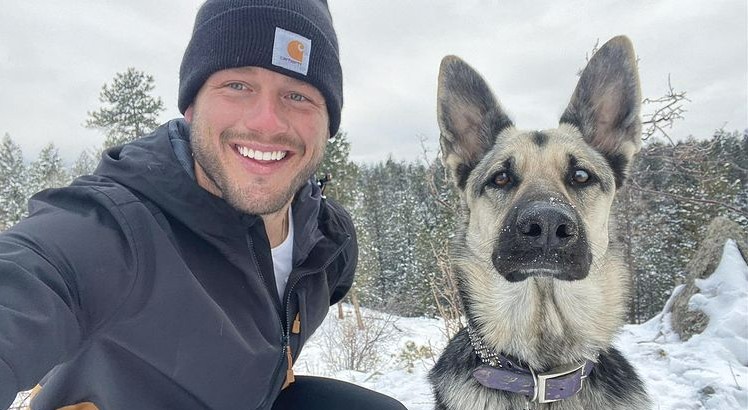 Former Bachelor Colton Underwood recently admitted to the world he’s gay. After tons of self-reflection he came to the conclusion he would rather be in a relationship with a man. He denied his inner truth for years for fear of rejection and shame from others. Now, he’s happy. Plus, Colton embraces his truth as he begins to explore potential relationships. He recently hung out at a Denver, Colorado gay bar. Has he met anyone special yet?

Bachelor Colton Underwood hangs at gay bar, has he found a man yet?

According to TMZ, Colton spent some time at gay bar in Denver recently. However, the photos that were snapped of him showed him into his phone more than a man. He learning the ropes within his new life and dipping his toes into the bar scene. There were reportedly no film crews on hand for his new Netflix documentary. Many have called for the documentary to be canceled. However, crews have been following Colton around filming so it appears their efforts were shot down.

US Weekly previously reported that Colton had not yet had an emotional connection with a male partner. He said,  “I’ve never allowed myself to.” He continued, “It’s never been, sort of, in my cards to let myself get there and I want to more than anything.”

Colton went on to say he is looking for a partner who will challenge him and push him in all the great ways. He is hoping to make a connection soon. He also admits he’s still a little nervous about coming out. However, he said he’s the happiest and healthiest he’s been in a long time. Could he be the first ever gay Bachelor? Many say no, but it’s an interesting thought. 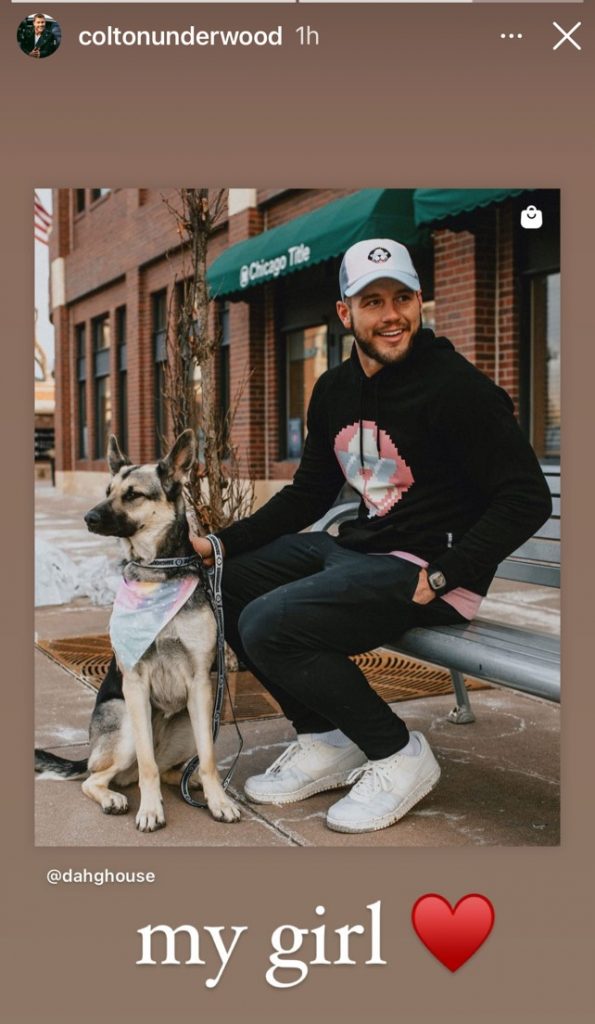 Sharing a moment with Justin Bieber

Colton has been sharing photos on Instagram since his big announcement. Many feature himself and his dog. However, yesterday he shared a quote originally shared by Justin Bieber. He tagged the repost @justinbieber and said, “Amen, Amen.” The message can be read below. 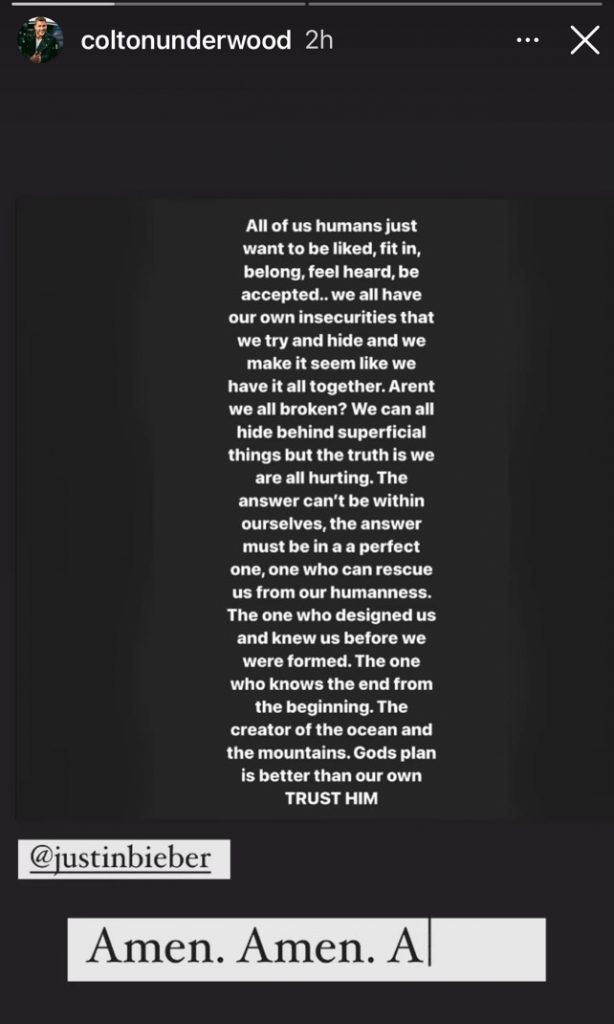 The future looks bright for Colton. Perhaps he will meet someone soon and share the news with the world. Many are happy for Colton and glad he’s living his truth.

His ex, Cassie Randolph, reportedly won’t be discussing the news anytime soon. Sources said she was processing it all. Then, she went on YouTube to say she won’t speak of it but thanks everyone for their support.

What do you think about Colton?