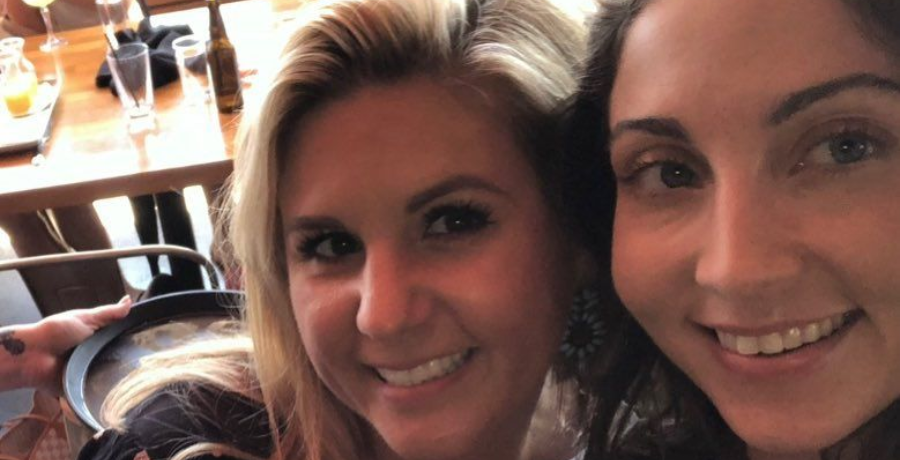 Storage Wars star Brandi Passante had a wild night out. The reality star took to her Instagram page to share a new photo. She says she has “short people problems.” Brandi ended up in the baby seat and even had a sippy cup to complete the look.

On Monday, April 26, she shared a fun photo. Brandi sat in the backseat as her Uber driver took her wherever she wanted to go. It looks like the driver took a snapshot of her. Brandi had a big smile on her face as she sipped on her hot pink sippy cup. The newly-single star also wore a black off-the-shoulder top with a black and red floral print skirt.

How the Storage Wars star handles her “short people problems”

Brandi looked terrific in the candid photo and Storage Wars fans agreed. In the caption, she wrote: “Not enough room in the Uber, means I’m in the baby seat..” She included the hashtag: “shortpeopleproblems.” The television personality handles her issues with a big smile as she embraced her shortness. She didn’t mind being a baby for the night, even if that means drinking from a sippy cup.

Over 30,000 fans liked Brandi’s post. Most of them weren’t focused on the sippy cup or her hilarious caption. They couldn’t help but notice her cleavage. Brandi is single and ready to mingle – and it shows. Mostly, male followers commented on her post and shared their thoughts:

Shortly thereafter, Brandi’s female followers took to the comments to call out the male fans for their inappropriate comments. Her post wasn’t filled with just men making risque remarks. Some wanted to know the story behind the sippy cup. Some of them agree: she wasn’t sipping on apple juice.

What happened to Brandi and Jarrod?

Storage Wars is finally back on A&E. However, as TV Shows Ace noted before, there is one big change. When Season 13 premiered earlier this month, fans noticed that Brandi Passante and Jarrod Schulz ended their relationship. The couple called it quits in 2018, just after Season 12 wrapped up filming.

They last appeared together in the 2014 spinoff series Brandi & Jarrod: Married to the Mob, which focused on their wedding plans. Apparently, the couple never made it to the aisle. Brandi spoke out about their split in June 2020 on The Dad Diary YouTube channel. She said that they were broken up for two years and she was now a single mom.

“I did a lot of it on my own anyway, but that’s the scary dad voice in the background that we’re missing,” Brandi explained. “I have them all the time, 24/7 they’re here with me, so I have to navigate that.”

Jarrod moved on with a woman named Rochel Beckman. He has not commented on their split. Brandi is not seeing anyone, she said on the Spirit Talk YouTube channel that she is “just going with the flow right now.” Fans are happy to see Brandi thriving and having fun. Storage Wars Season 13 airs Tuesdays at 9 p.m. ET on A&E.