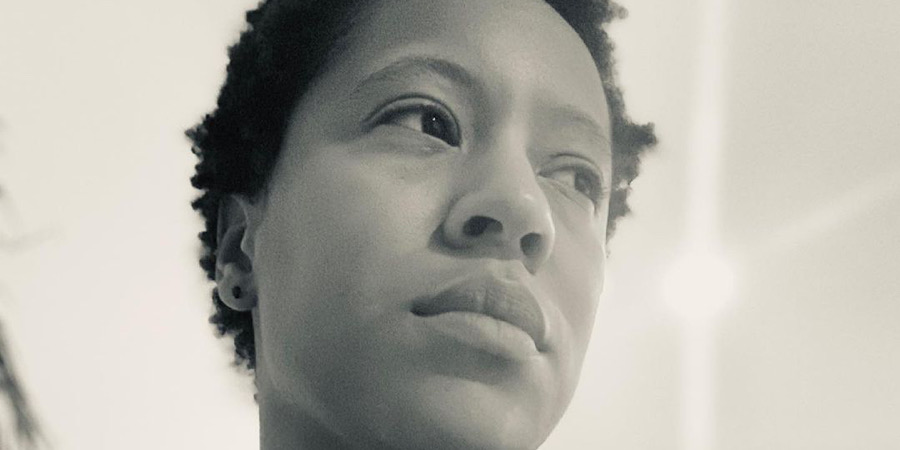 Today, it came out Seeking Sister Wife’s Dimitri Snowden is being accused of domestic abuse by Christeline Petersen. Now, his spiritual wife of a decade, Ashley, is also facing charges, according to TMZ. Peterson claimed in January, her sister wife “shoved me to prevent me from leaving the home my husband and I shared with her.” This was the same month Christeline filed a police report against Dimitri. She claims she awoke to him slamming her head against the headboard and yelling at her.

A Restraining Order From the Seeking Sister Wife Star

The accusations toward Ashley come on the heels of Christeline’s claims Dimitri has been physically abusive for the past year. It got so bad, it scared her two small daughters who she brought with her from South Africa. Ultimately, she filed a restraining order against the reality star and father of three. It was granted and he must stay 100 yards away from her and her girls.

Christeline claims about Ashley’s physical abuse continue. For instance, she recalls Ashley threw a bottle at her and was verbally abusive. Additionally, her kids became fearful of Ashley, much as they did of Dimitri. “My children are scared of her due to her yelling at them and the violence in the home between her and my husband and me and her,” documents show.

There is no word if the restraining order for Ashley has gone through. Additionally, TLC and the Snowdens have yet to release a statement. However, Dimitri has made one very loud personal statement by returning to social media.

Earlier this month, Dimitri deleted all of his social media without warning. He has always used it as a forum to interact fans with fans and meet potential sister wives. When the news broke of his issues with Christeline, the social media break seemingly made sense. Yesterday, his hiatus was over with a post, praising Ashley. Yet, it was a post from April 10th that could not be ignored.

Featuring a young boy, he says the child is missing then reveals the boy is him. He goes on to share how he was a victim of verbal abuse at the hands of his father. His dad ridiculed him because of his big lips, being too sensitive, and being too smart. Dimitri addresses he lost his childhood way too soon and had led to a series of bad behaviors. He believes the way he reacts to certain situations is a direct correlation to being “underdeveloped” and “unloved.”

Dimitri concluded his post by saying he must let it all fall so he can rebuild, showing the good and the bad. One of the hashtags is mental health. Some Seeking Sister Wife followers are questioning if this is a calculated, pity post. Others do not know what to make of the situation. Do you think the Snowdens should be pulled from the series? Let us know in the comments below.