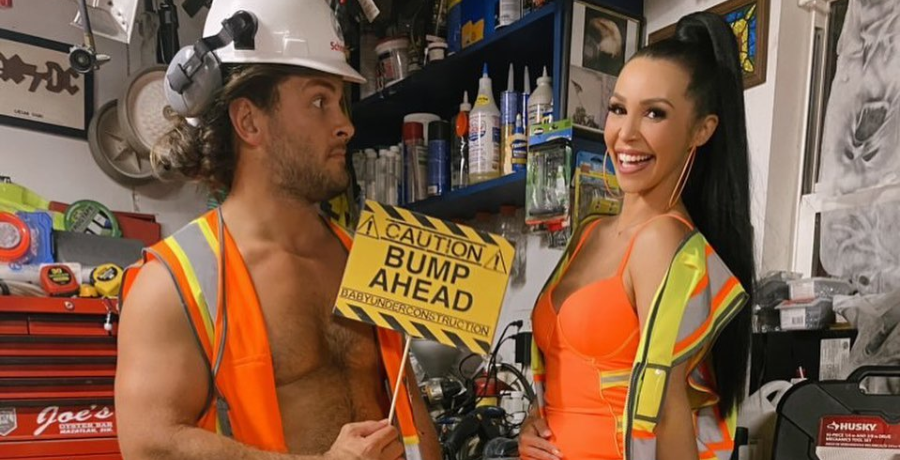 She’s finally here. Scheana Shay gave birth to her rainbow baby. This is wonderful news for the Vanderpump Rules star who went through a difficult year. Now, it has ended on a high note.

In June 2020, Scheana revealed that she suffered a devastating miscarriage. The reality star and her boyfriend, Brock Davies, lost their baby after six weeks. On the Bravo show, the “Boy Crazy” founder shared her fertility journey and her desire to become a mother.

Now, it’s finally happening. Scheana has given birth to her beautiful baby girl. She also announced the baby’s name. Read on to learn more.

TV Shows Ace previously revealed her due date. Scheana Shay announced on Twitter that she is due to give birth on April 24. Over the weekend, the Pump Rules star went into labor. She was induced and her Aussie boyfriend was there to witness it all. Both Scheana and Brock took to their respective Instagram Stories to share a photo of her wrist band, indicating that she’s in the hospital.

Brock was with Scheana every step of the way. He even shared his honest feelings about the labor. The personal trainer reposted Scheana’s photo to his Story and added: “I can honestly say I don’t just look hopeless in this photo but during this stage in our journey I feel hopeless…. I love you, Honey….”

Then, Brock followed up with a selfie of his pensive face from the delivery room. He wrote: “Yes helpless… Not hopeless… I also feel useless in comparison to watching such an amazing experience. I was all hands on deck to support @Scheana who was Wonderwoman.”

Scheana and Brock met through mutual friends at an event in San Diego in February 2020. Since then, the couple has been inseparable. They even embarked on some exotic trips together. Then, the coronavirus pandemic kind of forced them to live together. Brock shares two children from a previous relationship.

What is the baby’s name?

On Tuesday, April 27, Scheana Shay took to Instagram to share an intimate photo from her hospital bed. In the photo, she nuzzles Brock as their baby girl rests on her chest. Scheana announced the birth of Summer Moon Honey Davies. She was born on early Monday morning on April 27.

Scheana was induced, which led to 24 hours of labor. She witnessed health problems, such as high blood pressure and preeclampsia, also known as HELLP, which is a life-threatening pregnancy complication. Her doctor said she is very “lucky” to give birth despite her struggles. Scheana was “on a magnesium drip” that gave her “flu-like” symptoms, to the point where she had seizures. Her doctors are closely monitoring the situation for elevated liver enzymes and low blood platelets.

The reality star and her boyfriend will be at the hospital for a while longer until her health gets better. Scheana concluded her post by thanking “the amazing staff at Cedars-Sinai.” Despite their constant struggles, they’re just “so excited” to meet their little girl.

Brock took to his respective Instagram post to post a similar snapshot. He revealed that he watched Scheana “birth our beautiful baby girl with sooo much love.” Thankfully, their baby girl is doing well and she passed all of her health tests. Hopefully, Scheana will have a quick recovery so the family can start their new lives together at home. Stay tuned to TV Shows Ace for the latest news on the Vanderpump Rules couple.