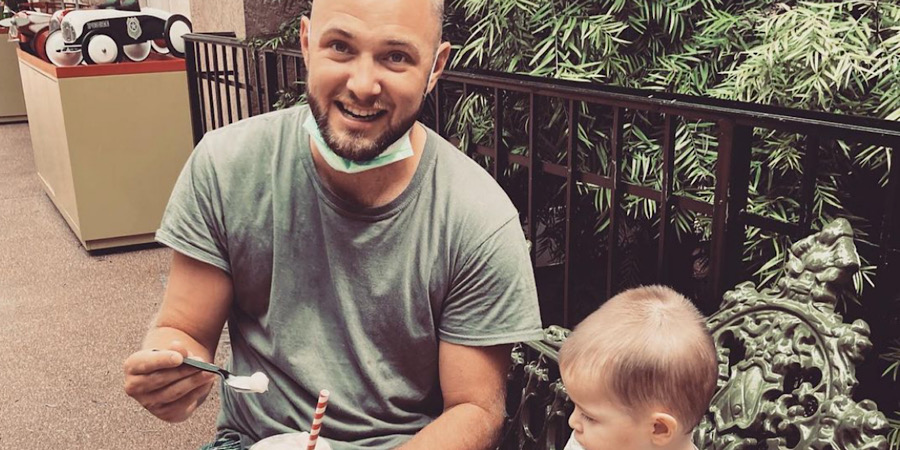 Last week on Return to Amish, Jeremiah learned Dennis was not his father. Dennis did give insight into his biological father based on the DNA report. His dad was married to his aunt and Jeremiah’s mother had an affair. Unfortunately, when he was one, his dad was killed by his aunt. Dennis said he will always be there for him in whatever capacity he needs. Ada took Maureen and Rosanna bathing suit shopping. Rosanna connected with the salesgirl, Claudia and they exchanged numbers. Sadly, COVID forced most of them to evacuate and head back to PA. Jethro and Sabrina are Florida residents so they stayed in Ada’s home. Sabrina noticed Jethro’s been texting other girls so she told him to leave. It’s a house divided.

The one positive about moving back to Pennsylvania is Daniel and Maureen can finally go out. Maureen has not committed to the English or Amish life yet. Because of that, she cannot go home so she is staying with Grandma Ada in her home with Maureen. Daniel tells the camera they have talked every day and have a connection. However, they cannot have a real relationship unless she is officially done with the Amish world.

He takes her on a picnic where he brings ham and cheese sandwiches. She cannot stop giggling and she tells him how much she likes him. Maureen confesses she has feelings for him and he reciprocates. He does tell her they cannot have anything serious unless she becomes English. She confesses she is not sure she wants to be Amish anymore and that she wants to be with him forever. They decide to be official and then they kiss and it is her first official kiss. It does make her want to go further but she knows she can’t.

Sabrina and Jethro: On the Rocks

Jethro has bought a one-way ticket to leave the home. He cannot take the fighting anymore and feels Sabrina is always jumping down his throat. She just had a baby and he is already texting other girls for validation. Sabrina is having a hard time comprehending he is texting someone else and now leaving her and the babies. How could he leave her alone? She begs and pleads with him to stay.

The producers ask why he bought a one-way ticket. Jethro says he did it just to be on the safe side in case she does not want him back. He gives her a hug and tells her how much he loves her but leaves anyway. She is fumed because he does not even say goodbye to the kids. Eventually, she speaks to Ada and she says she will go and find him. She also tells her to get the kids together and come to Pennsylvania.

Though Pennsylvania is not where Sabrina wants to be, it is where her makeshift family is and they need to be together. It is too long of a drive with two babies and she does not think she can fly with them. Ada continuously reminds her that the door is always open. She also reminds her she will give Jethro a piece of her mind.

Some Return to Amish Phone Connections

Since Jeremiah only has the last name of his biological father, his wife did some digging. She comes back with a name and a number. He calls and it happens to be a cousin of his. They agree to meet (Twitter commented on all the traveling during a pandemic) to connect. As for Rosanna, she is sharing how she had her teeth pulled at sixteen and dentures were made. This is fairly common in the Amish community. Then, the phone rings and it is Claudia from Florida.

Claudia also happened to be from Pennsylvania but only spent certain times down in Florida. She was coming back home and wanted to take Rosanna out to meet her friends. (Twitter thinks there’s more of a connection between Claudia and Rosanna.) They all go to a bounce place and Maureen and Daniel join. Rosanna connects with a boy named Nick who finds her life fascinating. When he ultimately asks her out, she says she is not looking to get married. He laughs and says it is just a date.

Next week, Nick and Rosanna go on their date where he asks to kiss her. Daniel and Maureen have alone time but is she really ready to do what’s next? Jeremiah is on his way to meet his family and Sabrina comes home to Pennsylvania. Catch Return to Amish Mondays at 9 pm on TLC.