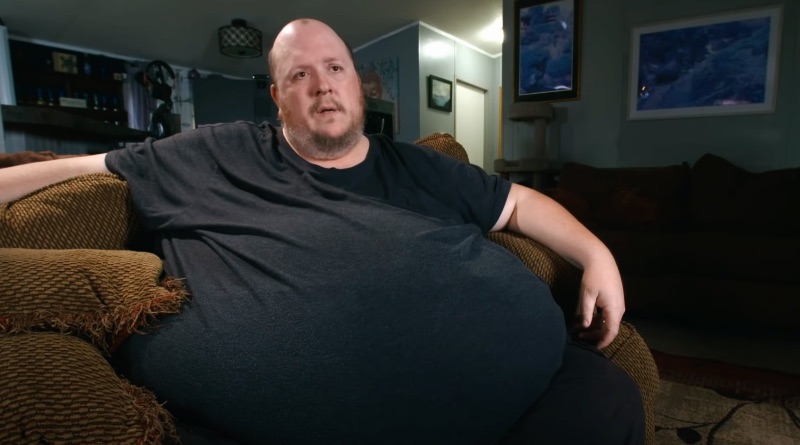 My 600-lb Life cast member Michael Blair had another memorable story on the TLC show. Like many stars that go to see Dr. Now for help, he had his own set of issues to deal with. Where is he today?

When My 600-lb Life introduced viewers to Michael Blair, he was in bad shape. In addition to dealing with issues brought on by his weight, he also dealt with further psychological issues as a result of previous trauma. In fact, his agoraphobia was so bad at one point that he feared going out his front door.

Meanwhile, because he was afraid to leave his house, that meant that he couldn’t do other basic life things. This included running errands like going to the store to grab groceries. Certainly, he was in bad shape at the beginning of his My 600-lb Life journey – and he desperately needed Dr. Now to help him turn things around.

Michael Puts in the Hard Work

As with every My 600-lb Life case, Dr. Now can’t do the work for his patients. It’s up to them to want to change – and put in the hard work to do so. By the time Michael Blair made it to Houston with his wife, he was 609 pounds. And adding even more to his plate, Michael needed surgery for a hernia before he could even undergo bariatric surgery.

Michael Blair knew he was a “ticking time bomb” on My 600-lb Life. He feared he would go to bed and not wake up the following morning. In addition, he worried about leaving his wife with 600 pounds of “dead meat.” Over the course of a few months, Michael dropped 135 pounds. Luckily for him, that was enough to have the hernia surgery.

Whether or not My 600-lb Life cast members keep up the momentum to live a healthy lifestyle after filming is always a big question. Michael hasn’t given his followers an exact number in terms of his weight on the scale. But according to a recent photo on his Facebook page, he certainly looks slimmer than what viewers remember from his episode.

Even though the most recent picture he shared is only of his face, you can see that he slimmed down there. In addition, he and his wife still live in Texas. As watchers know, Houston and the surrounding areas are a hub for My 600-lb Life cast members. They have the perk of being closer to Dr. Now. Meanwhile, many cast members in the area often meet up and offer support. All in all, Michael Blair seems to be in a good place – in both location and life.