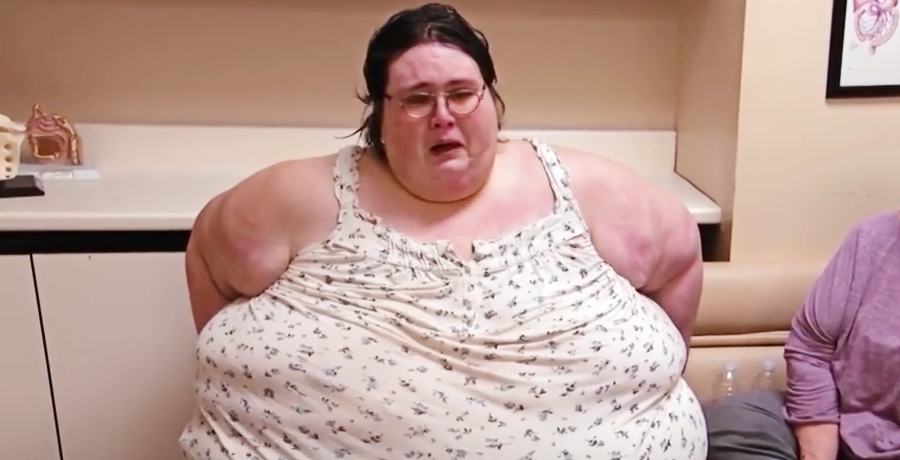 TLC releases a trailer ahead of tomorrow night’s (April 28th) episode of My 600-Lb. Life: Where Are They Now. Viewers get to catch up with Jeanne Covey. Fans may remember her from TLC’s hit weight-loss show in Season 7 Episode 11. At one point after the show, Jeanne claims that she lost 230 pounds. Keep reading to find out what Jeanne is up to these days.

My 600-Lb. Life Dr. Now compromises with a patient

At the beginning of the trailer Jeanne explains that according to Dr. Now, she should have lost 160 pounds between visits. However, Jeanne is sure she hasn’t lost that much. Consequently, Dr. Now shows grace and says that an 80-pound weight loss will suffice. Unfortunately, things don’t look good for Jeanne’s visit this time. Jeanne explains that she needs to be around 520 pounds to qualify for weight loss surgery.

Next, the scale finally stops a 551 pounds. Jeanne has a noticeable look of disappointment on her face when she sees the number. So, she only lost 57 pounds. Even Jeanne says, “That’s not good enough.” Despite not losing the desired amount of weight, Jeanne is adamant that she is ready to take the next step. According to her, she’s done really well on the diet. She bases her success on the fact that she’s “never lost this much weight.” She even says, “It would be stupid to not allow me to have the surgery.”

Within seconds of beginning his appointment with Jeanne, Dr. Now explains that he’s sorry that she is dealing with the death of her father. However, according to the world-renowned weight loss doctor, she still should focus on her health. Ultimately, Dr. Now rehashes that Jeanne had four months to lose 160 pounds. He calls her out for making excuses and during this time, Jeanne is becoming increasingly upset.

Next, Jeanne gives her rebuttal. She claims that she understands where Dr. Now is coming from.  She even tries to blame the overconsumption of orange juice and pineapples by claiming she was sick and craving those vitamins. Ultimately, Dr. Now explains that “overeating is overeating.”

Where is she now?

However, from the looks of a photo on her Facebook page, it seems like Jeanne may have made a breakthrough. She looks a lot slimmer in a selfie she took at church at the end of February. That same day, she shares a picture with the man in her life. She captions the photo explaining that she’s “winning at life.” She lists the reasons as “losing weight, my mom is doing well, and God has blessed me with an amazing man.”

Do you think Jeanne will take responsibility for her actions? Let us know your thoughts in the comment section below. Come back to TV Shows Ace for more My 600-Lb. Life updates. Tune into TLC for new episodes.