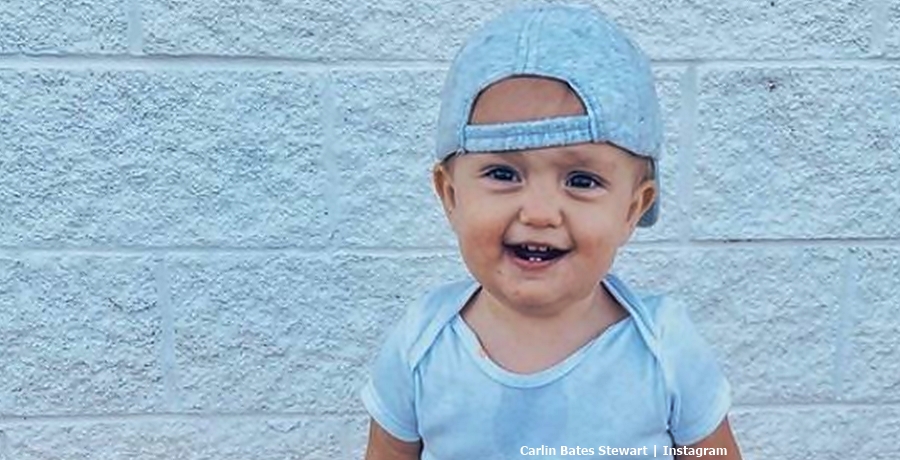 Layla Stewart suffers from health issues but she seems bright and happy most of the time. Fortunately, her mom and dad, Carlin and Evan dote on her. This weekend, the family relaxed at home and on Monday, Carlin shared a whole lot of photos and videos of their time together. The Bringing Up Bates star mentioned cute Layla in her caption, who made a new bestie.

Fans know that the little UPtv star arrived in the world with a hole in the heart. Several times, she scared the living daylights out of her parents. More than once, they ended up at the ER with her. The most recent health issue involved her eyes. We reported that she ended up seeing an ophthalmologist. He drained the stye in her eye so everything should come right again. Afterward, the Bringing Up Bates stars took their daughter to the park along with their new pup, Izzy. There, Layla’s bright smile, soon returned.

Layla Stewart is no longer the baby of the family. On February 17, we reported that Carlin Bates and Evan got a puppy for Layla.  The cute little mini Goldendoodle finally got a name after Carlin asked fans to vote on two names. Evan liked “Izzy” and Carlin liked “Rue.” Fans voted and so Izzy got her name. In the photos on Monday, a lot of them featured little Izzy and little Layla together. Fans loved the clips as they saw two very cute little members of the family.

Bestie Izzy and Carlin’s daughter get along so well

Layla Stewart played with her dog and Carlin said that Evan asked her, “who is your best friend?” Well, without hesitation, she answered, “Izzy.” Awww, Bringing Up Bates fans think that’s the cutest. Of course, lots of “cute” and “adorable” comments went the way of Carlin.  One fan said, “A girl and her dog, nothing sweeter! ❤️” Then another fan noted, “Seriously the cutest 😍 love that sweet girl!” Similarly, this comment arrived: “Hearing her call “Izzzzzzzy!” melts my heart 😭 There is no love purer than that of a dog and their humans ❤️.”

Layla Stewart might be too young to take on the responsibility of a dog. Actually, Berkeley Parents Network recommends waiting until they reach the age of about five or so. After all, even “three-year-olds can have difficulty being gentle, and in understanding and respecting a dog’s cues to back off.” So, the site recommends that all puppies, even small ones, should attend obedience training. Also, the dog usually ends up being the pet that dad owns. Nevertheless, for now, it’s just nice that Layla took to her new bestie so well.

What do you think about Layla Stewart falling in love with her puppy Izzy? Do you agree that a pup’s the best kind of bestie for a young child? Sound off in the comments below.