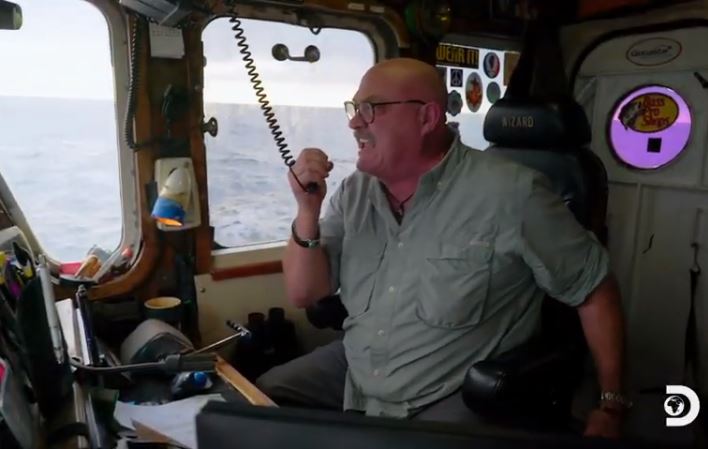 Deadliest Catch Captain Keith Colburn has a huge temper and nothing sets him off like a collision out in the Bering Sea. One that could have been avoided.

In a transfer move, Keith realizes that the other vessel is heading right towards him.

TV Shows Ace exclusive clip reveals that the Wizard may have sustained some damage if the two boats collided. Before boxing in the caught crab with his enemy turned ally, Captain Keith Colburn must replenish supplies.

What happens with Keith Colburn on Deadliest Catch tonight?

Watch as Keith is in the cabin watching his deck and the transfer from the other boat, and notice that the ship is heading straight for his Wizard and not showing any signs of stopping.

It also appears that n one is responding to his SOS calls and escalating urgency in his transmission.

Flustered, Keith continues to speak on the radio. He says: “Hello! Do not circle me right now. Dude, I’m gonna hit you what are you doing? Power out, power out! Come out now, come on power out and get them out of here. I can’t stop you!”

Deadliest Catch airs Tuesdays at 8 PM on Discovery and is streaming on discovery+.