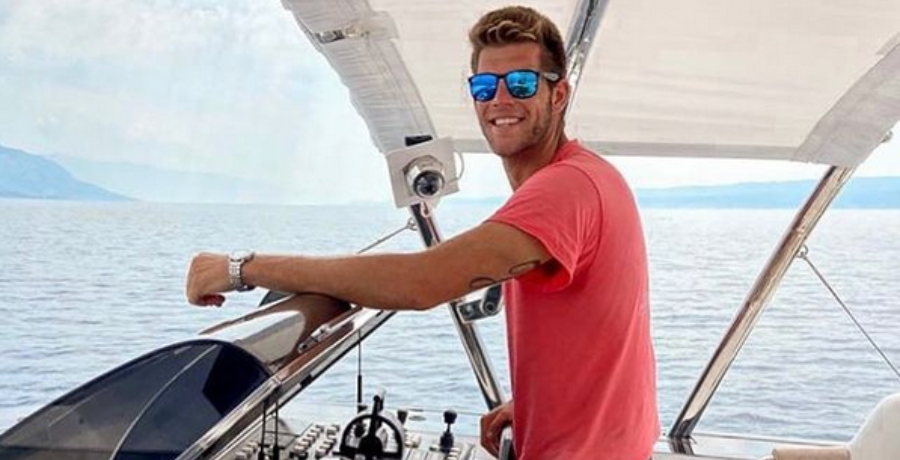 Yesterday, TV Shows Ace broke the news about Below Deck Sailing Yacht star Dani Soares. The second stew shocked fans with some news on Instagram this weekend with the news of her pregnancy. The reality star shared a photo of her baby bump along with the caption, “It’s just you and I little baby.” Currently, fans are seeing Dani’s relationship with Jean-Luc Cerza Lanaux play out on the show.

There are questions about her pregnancy and when it happened. Per Decider, it was filmed in summer 2020 in Croatia amid the coronavirus pandemic. Producer Jill Goslicky answered on a Reddit AMA that it was filmed in August 2020 “right in the thick of the pandemic.” While Dani announced her pregnancy, she didn’t reveal the father’s name or her due date.

Below Deck Sailing Yacht fans think Jean-Luc is the father. Most of them have taken to his Instagram account to troll him.

Shortly after Dani made the announcement on Sunday, April 23, Below Deck Sailing Yacht fans took to Jean-Luc’s Instagram account to ask him if he’s the father. Some have even accused him of not being involved with Dani’s baby. On Monday, April 26, the midseason trailer dropped and showed Dani telling Jean-Luc, “If I get pregnant then that’s God’s will.”

Naturally, fans assume that JL got her pregnant. However, the deckhand hasn’t posted much on social media. Last week, he shared a selfie of himself in a white T-shirt with a silver chain. The reality star captioned the post: “I didn’t realize that bridge watches turn my eyes from blue to green!!👀”

Fans took to the post to bombard him with questions about Dani’s baby. One user wrote: “Does your mom approve of you not being a man?? Do the right thing for your baby!!” Another one asked: “Are you about to become a father??” Then one accused him of getting Dani pregnant and leaving her hanging.

Did they stay together after Below Deck Sailing Yacht?

The blossoming romance between Dani and Jean-Luc has become a major plot this season on Below Deck Sailing Yacht. In an interview with People, Jean-Luc said that while he is “happy to be out with my crew,” he would “rather be hanging out with Dani.” The television personality has never had a serious relationship, but he can “tell that there’s something there” between them.

However, the current status of their relationship is unknown. While it’s still unfolding on Below Deck Sailing Yacht, fans have no idea if the two are still together since filming wrapped. Jean-Luc refused to “spill the beans” in his relationship with MEAWW.

When she appeared on Watch What Happens Live, Dani said they weren’t serious at the time. She said she was “just having a bit of fun.” Per Distractify, they don’t follow each other on Instagram or tag each other in any of their group photos.

Dani Soares is due to give birth soon

There is no evidence to support that Jean-Luc is the father of Dani’s unborn child. If the couple conceived a baby at the time Below Deck Sailing Yacht was filmed, Dani’s due date could happen anytime from late April to early June. Keep in mind that women look different at different pregnancy stages. Some fans have a feeling that she is seven months pregnant at the time of the reveal.

There are also rumors that Jean-Luc wants nothing to do with their baby. If it’s true, it’s a sad realization but he’s only 24 years old and nine years younger than Dani. Fans will have to see what happens between the two. Below Deck Sailing Yacht airs Monday nights at 9 p.m. ET on Bravo.