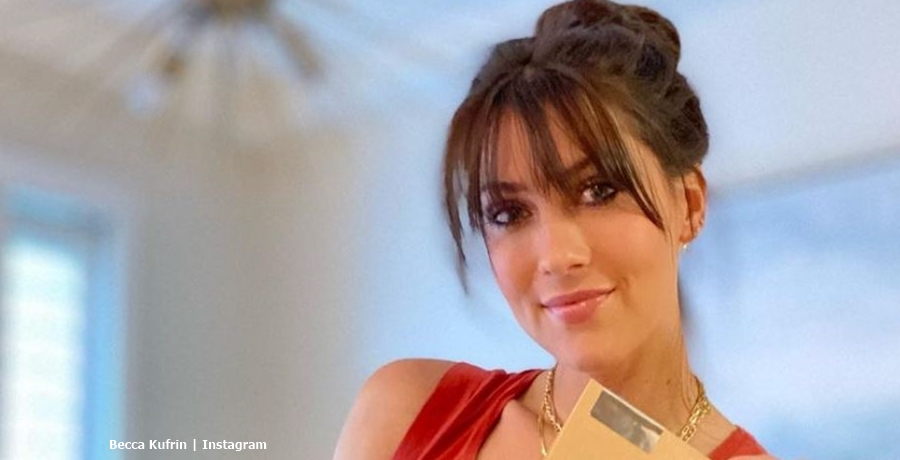 Becca Kufrin went through a really unhappy 2020 and now it looks like more bad times come for her in 2021. Maybe that’s why her Instagram profile reveals that she feels like a “Washed up bachelorette.” On April 26, she shared a story about how she hit another bad patch. However, she also told her fans that nobody can be happy all the time. Social media seemingly demands that everyone looks and sounds happy perpetually. What’s going on with Becca?

Becca Kufrin has more heartbreak in 2021

Last year, Bachelor Nation heard that Becca and Garrett Yrigoyen split. It came after he shared on social media about backing police officers. Lots of critics claimed he sounded just like a racist. The pressure took its toll on Becca who eventually decided she couldn’t live with a guy like that.  Nevertheless, she shared about 2020 in a post this year. She wrote, “Thank you for breaking my heart & allowing me to put the pieces back together in the most weird, but customized way.” She added, “You rocked me, but ya couldn’t fully knock me.”

Becca Kufrin Thanks 2020 For Heartbreak

Now that Becca Kufrin goes through another bad patch, she sounds equally determined to deal with it philosophically. Actually, fans rather hope that she finds her happy space with Blake Horstmann. Recall, they got along very well in The Bachelorette. However, it’s not clear that they buy into the idea of settling down as lovers. As Monsters and Critics noted, the two ABC stars seem more like very good friends than anything else. Still, Bachelor Nation doesn’t give up hope for them yet. Anyway, it seems like Becca could use a shoulder to cry on as she suffers more heartbreak right now.

Losing someone to cancer and more

In her Instagram Stories, Becca Kufrin shared a photo of herself looking down. She told her fans that she upset someone who means something to her. However, she now feels bad as she was true to her “Aries” character. Actually, it’s not unusual for Aries people to hurt others even when they care about them. Sometimes, they seem just too direct. Admitting that her pride and stubbornness made her regret things, she also talked about someone that she lost to cancer. Becca said that now she has another “little hole in [her] chest.”

Becca Kufrin also talked about how she shared her story despite “Instagram” expecting everyone to feel “happy” and “perfect” all the time. However, she believes that hurting also “balances” out life as it comes with “healing, acceptance, and growth.” Using her bad patch, she turned things around by telling her fans that she thinks of others feeling down. She assured them that they aren’t “alone.”

Credit: Becca Kufrin | Instagram StoriesWhat are your thoughts? Do agree with Becca Kufrin that sometimes social media expects everyone to be happy all the time? Do you like the way she used her experience to think of others? Sound off in the comment below.