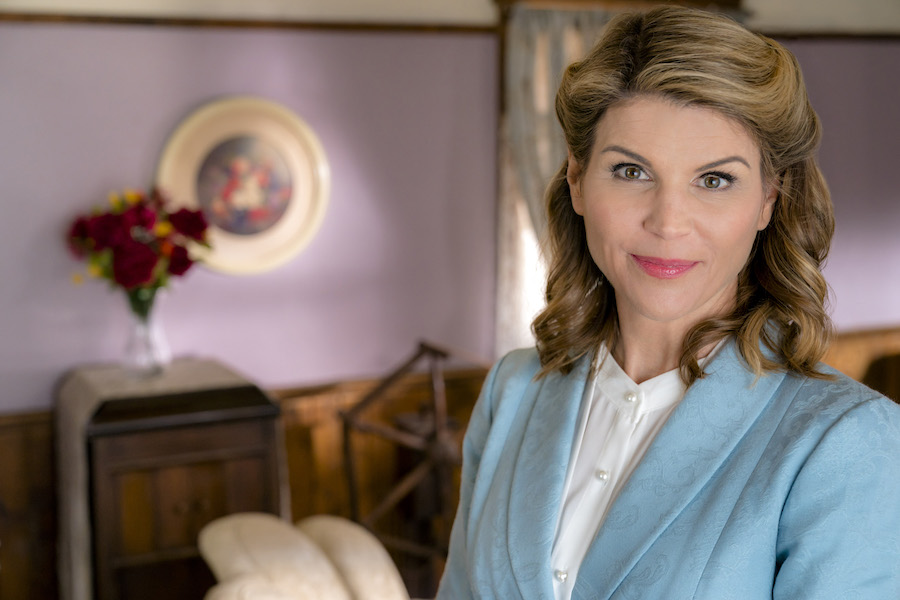 Anyone who watched the most recent episode of When Calls The Heart, entitled “Old Love, New Love, Is This True Love” must now wonder if Lori Loughlin is returning. It appears that the WCTH writers have set up the groundwork for her character Abigail to return to Hope Valley.

When Calls The Heart Sets Up Lori Loughlin’s Return

On Sunday night, Hearties got much more than a wedding. They got a glimpse of hope that Lori Loughlin and her beloved character, Abigail Stanton, could return to Hope Valley. Have the When Calls The Heart writers set up her return next season?

Let’s start with the hints in the episode, “Old Love, New Love, Is This True Love.” Ned starts to get cold feet. He heads to his friend Gowen for his friendship, advice and, eventually, to stand up with him as best man. In this revealing moment between friends, we hear Gowen’s biggest regret. Moreover, we hear an incredible revelation.

Gowen has been secretly corresponding with none other than Abigail Stanton since she left a couple of years ago. When Hallmark fired Lori Loughlin due to her involvement with the college admissions scandal, her character went back East to care for a relation.

Gowan tells Ned, “When I sit at my desk and I look out my window across at the cafe and I see her name, I’ve got nothing but regret.”

Don’t forget that just last week, Abigail was part of Gowan’s discussion with his son. This cannot be a coincidence.

Will Lori Loughlin Get ‘Second Chance’?

Lori Loughlin was fired from Hallmark during the beginning of When Calls The Heart Season 6. They stopped the show, removed her parts, and inserted a small scene with Elizabeth writing how Abigail left to care for a relation. They never killed her character off, and this seems intentional.

Back in October, executive producer and WCTH co-creator, Brian Bird, revealed that they could never replace Lori. Instead, he said that the show was in danger. They had to remove Lori from those episodes. But he did say that everyone “makes mistakes.” Moreover, he said that he believes in “second chances.”

They were filming this very Season 8 episodes as Brian Bird discussed Lori Loughlin. It seems that there was an understanding, and Bird was starting to pave the way for the possible return of Abigail Stanton.

Is it far-fetched to think that Abigail may be returning to Hope Valley? Oh, how I’d love to see her back in town 🤍#Hearties @hallmarkchannel @SCHeartHome @erinkrakow @brbird @brspndr #LoriLoughlin pic.twitter.com/naQHZw3nq3

After When Calls The Heart Season 8, Episode 10 aired, Hearties went to social media to share their hopes. Many feel a lot of anticipation that Abigail Stanton will return to Hope Valley. Many are rejoicing at the idea of Lori Loughlin’s character returning to their beloved show.

One Heartie posted on Twitter, “Is it far-fetched to think that Abigail may be returning to Hope Valley? Oh, how I’d love to see her back in town.”

Many fans have shared that Lori has done the time. Now, it is time to move forward.

Will Hallmark Announce When Calls The Heart Season 9 With Hint At Lori Loughlin’s Return?

As of now, Hallmark has not announced When Calls The Heart Season 9. Should they do so soon, would they also announce Lori Loughlin’s return? Loughlin has served her sentence. Could Hallmark un-fire her and bring Abigail Stanton back to Hope Valley?

The WCTH writers have certainly set up some pretty big expectations. Why else would they now mention Abigail’s name, if not to bring her back?

Hearties, do you want to see Lori Loughlin back on When Calls The Heart?