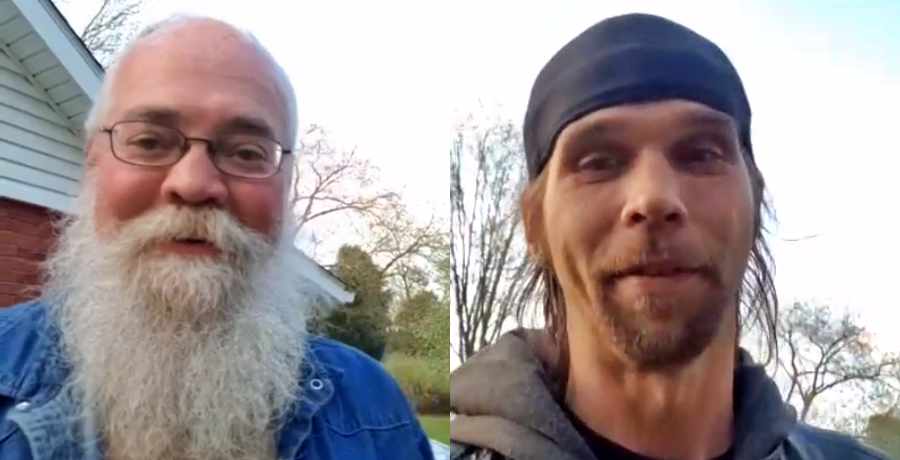 On last week’s episode of Return to Amish, Jeremiah Raber got the results of Dennis’s DNA test. Regrettably, the test went to prove that Dennis is not, as he thought, Jeremiah’s dad. It turned out that his real father was his mother’s brother-in-law, Larry. Larry is unfortunately dead and buried and Jeremiah was heartbroken. Dennis told him that even though he is not his father by blood, he will always be there for Jeremiah. It looks like Jeremiah has taken him up on that promise and has been visiting Pennsylvania.

After this latest episode aired, Raber was pleased that he could finally open up about the story. He has obviously been waiting for some time, to tell the truth about his biological dad. Meanwhile, Dennis was also heartbroken by the news, as he had always believed he was Jeremiah’s father. Raber’s wife, Carmela, had also believed that Dennis was the one, but supported her husband after he heard the truth. She spoke to Dennis, saying she had never seen her husband like that. However, he reassured Carmela, saying he would always be there for his “son,” no matter what.

Once the episode had aired, Jeremiah hit Facebook right away to let fans know how he was thinking. Firstly, he asked fans to please leave no negative comments about his real biological dad. Jeremiah said that regardless of how things went down, to him, his father is perfect. In fact, Jeremiah wrote that Larry is his protecting angel. He wrote that, even though Larry is his angel in heaven, he’s still here with him.

In a more recent post on Facebook, Jeremiah went live to show fans he was with Dennis. He revealed the man himself, cooking up a storm on the grill. They were obviously having a wonderful time together and it is clear that Jeremiah is allowing Dennis to be his father, no matter what.

Some 900 fans were on the Facebook Live at the time, with many calling Dennis an “angel.” Even though he denied that he was, Jeremiah agreed with fans. The two men obviously have a warm and loving relationship.

Raber has also been active on his Instagram account, where he posted an image of his oldest brother. While he didn’t mention his name, he said his brother was adopted into the same Amish family. However, he wrote in the caption that his brother left the Amish before he did.

Jeremiah has also been in touch with fellow Return to Amish stars, Abe and Rebecca Schmucker, who he hasn’t seen for some time. Swiping through the comments revealed that many fans miss Abe and Rebecca, who are not starring in the current season. However, at least Jeremiah got to catch up with the pair.

As fans will remember, Abe and Rebecca tied the knot in Season 1 of Breaking Amish. They also starred in the spinoff, Return to Amish, with Jeremiah. However, after leaving the TLC reality show, Abe and Rebecca have led relatively quiet lives and are not active on social media. As reported by Distractify, Abe is now working as a truck driver, which often keeps him away from home. The couple is raising their daughters, Malika and Kayla, in Pennsylvania

It was obviously wonderful for Jeremiah to catch up with Dennis, his brother, Abe and Rebecca on his trip to Pennsylvania.

Season 6 of Return to Amish airs on TLC, Mondays at 9 pm ET.