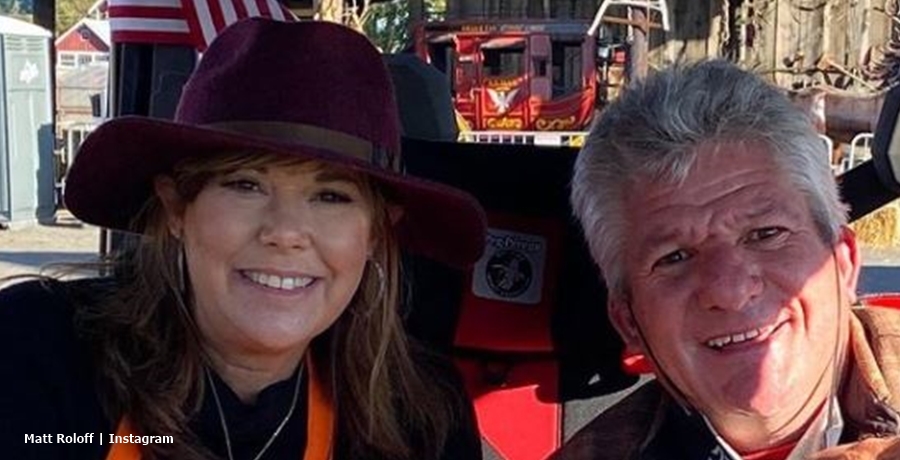 Little People Big World Matt Roloff took to Instagram on April 25 and shared all about his vacay in Mexico. He and Caryn also plan on visiting Arizona during their break. Actually, some people think that Matt and Caryn already married, thanks to a slip she made in the preview for the new season. Little People Big World returns to TLC  on May 11 this year. Well, whether they married yet or not, seems irrelevant. In their Mexico photos, they look every bit in love as always.

We reported that Matt shared how he built a log cabin on the farm. It took him longer than he planned, but he finally completed it. He told his fans that they call it Grandpa’s Cabin. Right, from the start he told TLC fans that he’d sleep overnight there with his grandchildren. Actually, fans can’t wait to see photos of them enjoying time in the cute and cozy cabin. However, he told his TLC fans that first, he and Caryn head off on a trip to Cabo in Mexico.

LPBW Matt Roloff now arrived in Mexico with Caryn. They look very happy and very much in love in the pictures that he shared this weekend. Actually, many Little People Big World fans just say that Matt should marry Caryn already. When teasers emerged for the new season, he and Caryn laughed when she said, “I’m married to a man…” Fans immediately assumed that she gave away a spoiler. Nevertheless, they possibly didn’t marry yet. However, clearly, it’s on their minds.

In his post, LPBW Matt Roloff shared photos “showing off the nice restaurants they ate at and the stunning views they took in.” In his main photo, he and Caryn both look very healthy and extremely happy. Clearly, they enjoy the warm weather there. His caption read, “Me and @carynchandler1 relaxing and enjoying some R&R time away from @oregon in peaceful @cabosanlucasmexico.” Fans noticed how good they look together and they responded in the comments section.

On fan of LPBW Matt Roloff said, “Enjoy you both deserve quality time together. By the way, lovely good matching couple.” Then another Little People Big World fan commented, ” You two are adorable ❤️.” A few of them chatted about living in warm places like Texas. Not everyone likes the cold, after all. Matt suffers many skeletal issues from his dwarfism, so the cold weather gets to him. Clearly, that’s why he always heads off to Arizona with a big smile on his dial.

What did you think of LPBW Matt Roloff posting such lovely photos from Cabo in Mexico? Don’t you wish you could be somewhere warm, peaceful, and just plain nice? Sound off in the comments below.

Preview: ‘Mr. Corman’ Takes On 30-Something Panic Attacks And Regret For AppleTV+
New Photo Has Fans Concerned About Amy Halterman’s Weight Gain
Kanye West’s Rumored Girlfriend Sets IG On FIRE With Nude Snaps
‘LPBW’ Tough Jackson Roloff Shows Dad What He Is Made Of
’90 Day Fiance: The Other Way’ Spoilers: Did Ellie & Victor Break Up?!