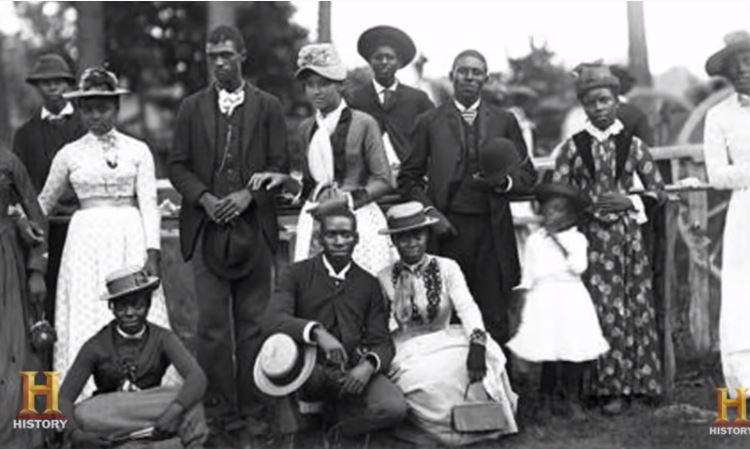 History Channel will bring a documentary, Tulsa Burning: The 1921 Race Massacre, that explores the crimes of the last century in Oklahoma.

What do you say about a moment in history glossed over and hidden over time from all, one that destroyed so many lives and kept a strong hand holding down Black people after the fact?

The dramatists have brought this American moment to light in recent fictional TV series.  History Channel will bring the true stories of what HBO partially brought to light in the critically acclaimed dramas Lovecraft Country and Watchmen.

Tulsa, Oklahoma, was ground zero for one of the most atrocious genocidal assaults on a specific race of people in American history.

The two-hour documentary is set to coincide with the 100th Anniversary of the massacre.  Executive produced by NBA star Russell Westbrook and directed by Peabody and Emmy-Award-winning director Stanley Nelson (“Freedom Riders”) and Peabody and duPont-Award winner Marco Williams (“Two Towns of Jasper”), the film will commemorate the 100th anniversary of the Tulsa Race Massacre of 1921.

Described by historians as “one of the worst acts of racial violence in American history,” the film calls attention to the repair of a town once devastated.

HISTORY is also partnering with WNYC Studios to launch a new six-part podcast series Blindspot: Tulsa Burning, on May 28 as complementary audio content.

Tulsa Burning: The 1921 Race Massacre is a sobering look at the events of a century ago and focuses on a specific period, from the birth of Black Wall Street to its leveling over the course of two days, and includes the fallout and reconstruction.

The documentary covers the current-day grave excavation efforts at Oaklawn Cemetery, where numerous unmarked coffins of victims who were killed and buried during the massacre have been recovered.

The film boasts rare archival footage and imagery from the time, interspersed with commentary and interviews from numerous historians, city leaders, and activists, including the Tulsa Historical Society & Museum, the John Hope Franklin Center for Reconciliation, the Tulsa Race Massacre Centennial Commission and the Historic Vernon A.M.E. Church, among others.

The Greenwood District of Tulsa, Oklahoma, was referred to as Black Wall Street. In the 1920’s it was one of the most prosperous African American communities in the United States.

Filled with booming businesses and thriving entrepreneurs, the district served as a mecca of Black ingenuity and promise, until the evening of May 31, 1921, which marked the start of the devastating Tulsa Race Massacre. More than thirty-five city blocks were burned to the ground and hundreds of Black city dwellers were killed. The Tulsa Race Massacre of 1921 is one of the most tragic moments in our nation’s history, yet this harrowing event is largely unknown to many Americans. It is an often-overlooked story that needs to be told.

The HISTORY® Channel will also be supporting the Historic Vernon A.M.E. Church in Tulsa with a “Save Our History” grant to help preserve aspects of the building, which is the only standing Black-owned structure from the Historic Greenwood Avenue and Black Wall Street era. Funds from the Save Our History grant will help restore areas such as the refuge room in the church basement where Black citizens of Tulsa sought safe harbor during the 1921 massacre. The church also plans to build a Prayer Wall For Racial Healing using the exterior wall of the basement, which upon completion will be the only prayer wall for racial healing in the world. “Save Our History” is The HISTORY® Channel’s initiative to save and preserve important sites and stories throughout the U.S.

“Save Our History” philanthropic initiative.

HISTORY is joining to preserve the historic Vernon A.M.E. Church, the only standing Black-owned structure from the Historic Greenwood Avenue and Black Wall Street era.

The network is also joining the Russell Westbrook Why Not? Foundation, WME, RedFlight Innovation, and Values Partnerships to create an educational and experiential initiative that will provide Tulsa-area students with cutting-edge STEAM kits focused on innovation and entrepreneurship. Digital versions of the curriculum will also be available for students nationwide.

WNYC Studios is partnering with HISTORY on Blindspot: Tulsa Burning, a new six-part podcast series that explores this piece of American history and its aftermath through narratives of people who lived there.

Launching May 28, the series recalls the 20th century and the settling of Oklahoma, when a wave of racial terror rocked the frontier. The podcast explores how Tulsa’s Greenwood District endured destruction and how this event continues to take a toll – through conversations with survivors, descendants, historians, and local experts.

Hosted by WNYC Studios’ KalaLea and produced in collaboration with KOSU public radio in Oklahoma, Blindspot: Tulsa Burning will be a complementary podcast to the on-air TV documentary and a standalone addition to A+E Networks’ burgeoning stable of podcasts.