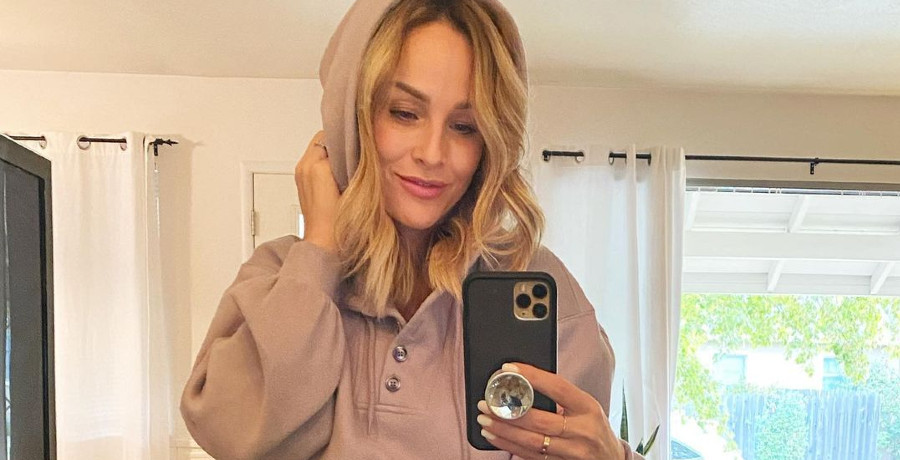 Did Clare Crawley just flaunt her engagement ring Dale Moss gave to her before their split? What we know about the ring.

Clare Crawley has Bachelor Nation confused on several fronts. She posted a cryptic video from the hospital. Eagle-eyed fans spotted the huge engagement ring from Dale Moss back on her hand. What does it all mean?

On Monday, April 26, Clare Crawley posted from the hospital. She shared a video of herself snacking on saltine crackers. The reason for her visit was unclear.

However, a little while later, she posted a few videos on her Instagram Stories with vague explanations for her hospital visit. She said that it wasn’t due to side effects from the COVID-19 vaccine. Clare said that she shared the earlier video because she was “nervous” being in the hospital alone.

In addition to saltines, Clare was enjoying a drink from a kids’ juice box. But it was the sparkling bling on her finger that drew attention from fans. Us Weekly reports that the ring Clare was sporting is the same engagement ring Dale Moss gave her after they got engaged on The Bachelorette.

Some fans called Clare out on social media for the awkward video. They felt that the reality star purposely held the juice box in a way to show off the ring.

Wait, what? Didn’t Dale & Clare split up in January? Yes, and no. Dale Moss did confirm breakup rumors, but the two were spotted together less than a month later. They have been spending time together ever since, including for Clare’s 40th birthday.

During her own season of The Bachelorette, she proclaimed that she didn’t “settle for men” like Juan Pablo and Yosef Aborady. She also recently shaded Matt James amid rumors of drama between Matt and his final pick, Rachael Kirkconnell.

However, she got pushback from fans, who compared Dale to Matt. Is the engagement ring a sign that Clare settled for Dale, even after their very public breakup?

Neither Dale or Clare have confirmed the rumors that they are engaged. However, insiders hinted to Us Weekly that the couple is “taking things slow” this time around.

Do you think the engagement is back on? If so, is she making a mistake? Did Clare Crawley intentionally flaunt the engagement ring? Share your thoughts in the comments below.

Don’t forget to join us on Facebook to chat with other Bachelor Nation fans.

Katie Thurston’s season of The Bachelorette kicks off on Monday, June 7, only on ABC.