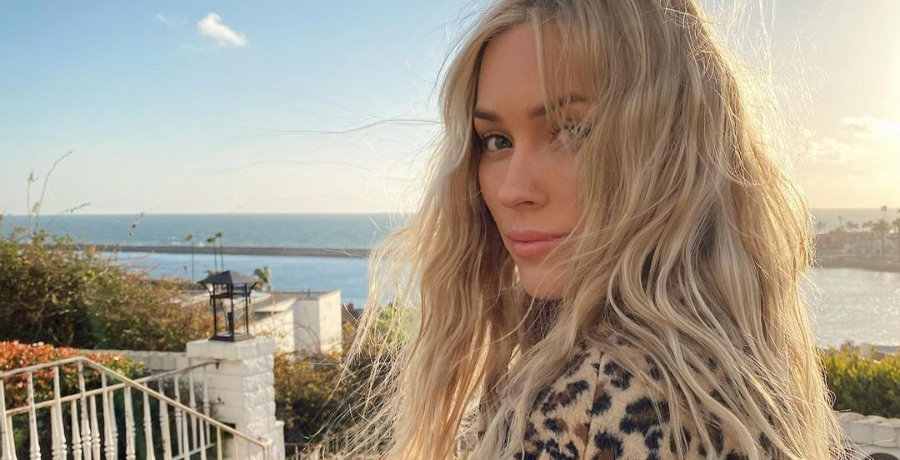 Cassie Randolph made an appearance over the weekend. The former Bachelor star made her first appearance since Colton Underwood made his surprise announcement. She has moved on from their relationship and is happier than ever. A video of her at her surprise birthday party went viral on social media.

The reality star is best known for appearing on Underwood’s season of The Bachelor. Now, Randolph is making headlines for different reasons. She celebrated her 25th birthday party just a few days early. Her friends threw the surprising event for her and she was all smiles after her ex-boyfriend came out as gay earlier this month.

Cassie Randolph spotted over the weekend

On Wednesday, April 14, Colton Underwood came out as gay on Good Morning America. Now, just over a week later, Cassie Randolph made her first public appearance since his outing. She had a surprise birthday party over the weekend. A fan took to The Bachelor Reddit to share the clip of the smiling beauty covering her eyes with her hand.

Randolph held up her hands in disbelief. She had no idea that her friends were throwing her a birthday celebration. The party took place outdoors and some of the attendees wore masks. The fan noted that Randolph’s “rumored boyfriend” was also in attendance.

The television personality couldn’t stop smiling as her friends cheered her on. She looked happy, relaxed, and carefree. Fans loved seeing Randolph at the event. They were concerned that Randolph was having a tough time since Underwood addressed their relationship on GMA. However, this video shows that she is moving on and may even have found someone new.

“She just seems like a sweetheart,” one fan commented, to which another added, “As she deserves💕.” A Reddit user said that they are “glad to see her happy and thriving.” Other fans wanted to know who Randolph was dating. The mystery brunette man makes a brief appearance in the clip.

She filed a restraining order against the former Bachelor

Cassie Randolph and Colt Underwood dated for about a year after filming his season of The Bachelor. Shortly after their split, in September 2020, Randolph filed a restraining order against Underwood. He allegedly placed a tracking device on her car, per TMZ.

Two months later, Underwood revealed to People that they reached a “private agreement,” and he asked her to drop the restraining order.

“Today Cassie asked the court to dismiss the temporary restraining order against me,” Underwood said. “The two of us were able to reach a private agreement to address any of Cassie’s concerns.”

He also asked for “respect” and “privacy” in regards to that situation. However, fans have not forgotten about what Underwood did to Randolph. Their happy to see that she’s doing much better these days. Those same fans also criticized Netflix for giving Underwood a platform on its streaming service after what he did to his ex-girlfriend.