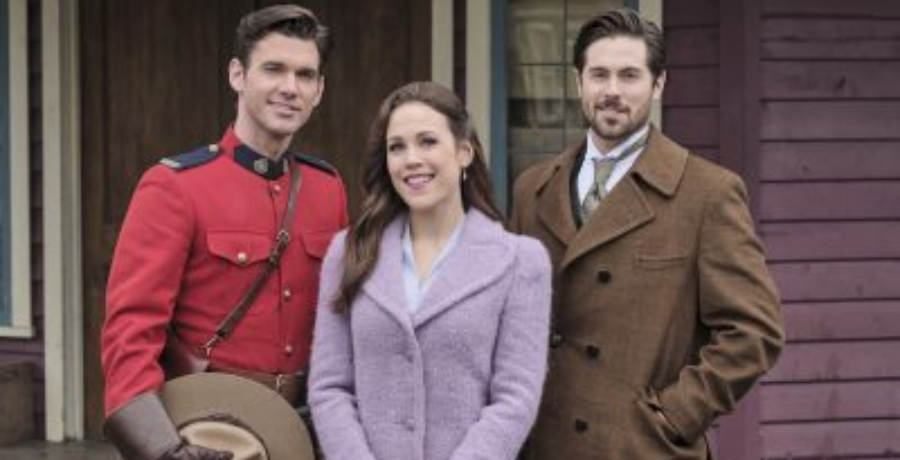 Hearties, are you tired of the When Calls The Heart love triangle? Do you feel that Elizabeth is still emotionally in the midst of the triangle? She may have “chosen” Lucas, but Nathan continues to pursue her. He showers her with declarations of love. Meanwhile, she continues to look confused.

Moreover, Lucas is not pushing her, but Nathan keeps declaring his love. Will this all end?

Yes, it will. Most importantly, this new episode “Old Love, New Love, Is This True Love” will make everyone rethink their relationships. Does this mean that Elizabeth will finally know what she wants? Erin Krakow, the actress who plays Elizabeth Thatcher Thornton promises that the love triangle is ending. What has she said?

Before When Calls The Heart premiered in March, Hallmark released an emotional preview. It showed Rosemary gently speaking to Elizabeth about the loss of Jack. In addition, there were romantic scenes between Elizabeth and Lucas. The preview also showed Nathan professing his love. Lastly, the preview showed Elizabeth removing her wedding ring. She is ready to move on from Jack and start fresh.

This means that Elizabeth has chosen and the love triangle is ending soon. But, there has been a good reason why this has gone on for over two seasons.

According to Good Housekeeping, Erin Krakow wants Hearties to give Elizabeth a bit of slack. “Remember just how challenging her journey has been, how emotional it was for her to lose Jack. Try to reframe your support of one gentleman caller over the other into support for Elizabeth and her journey to find love again.”

When Calls The Heart Season 8 now includes a new showrunner, John Tinker. From the beginning, he and the show’s writers discussed the love triangle. With Season 8 coming, they realized it was time for Elizabeth to pick her man! Therefore, Tinker revealed, “Who would she really choose and why?” They didn’t just want to choose any guy. They examined who they truly thought Elizabeth would choose, and why she would choose them.

Moreover, Tinker confessed, “I hope we don’t wring our fans into knots, but I think it’s an enjoyable and interesting, truthful pursuit of Elizabeth, and her trying to parse her feelings for these two men.”

We are headed to the final three episodes of When Calls The Heart. Many Hearties are concerned about how this show will end. John Tinker has promised that WCTH Season 8 will have a “satisfying” ending. There has been a lot of care taken to focus on every character.

Before working on the Season 8 storyline, Tinker had coffee or lunch with every major actor in the show. They discussed their characters. Therefore, there has been a lot of thought and care placed on their character growth.

Of course, there is the question of whether there will be a Season 9. That is the next big Heartie concern. But, resolving the love triangle is a good place to start moving forward.

Be sure to catch When Calls The Heart on Sunday nights, at 9 p.m. Eastern, on Hallmark.

Lilah Roloff Pampers Herself After Long Day With Jackson
Tori Roloff Surprised By ‘Mister Mister’ Jackson’s ‘Mac And Cheese’
Would Derek Hough Ever Return To ‘DWTS’ As A Pro Dancer?
How Much Alike Are Todd Chrisley & Daughter Savannah? Fans Weigh In
Did Jinger & Jeremy Vuolo Still Launch Their Book Amid Duggar Drama?