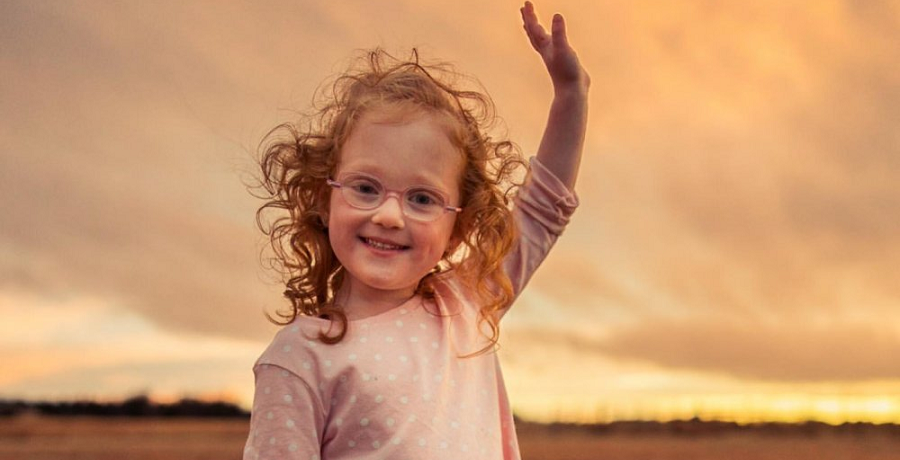 OutDaughtered fans fell in love with the Busby’s latest post. As fans know, the busy family has its own clothing line. The Graeson Bee Boutique offers head-to-toe, family-friendly looks. The TLC stars actively promote this line via Instagram. On Friday, April 23, they brightened up everyone’s day with this shot of Hazel.

The 6-year-old became the model for the day. She wore a hot pink dress that featured ruffled trim on the shoulders and bodice. The red-headed cutie posed with her hands on her hips and gave the camera a big smile. She paired the look with pink eyeglasses.

The OutDaughtered stars made their fans smile since it’s Friday. What better way to do it than with a cute photo of Hazel? She looked confident and happy in her pink dress, and her smile is sure to brighten up even some of the coldest of hearts on the internet. The caption reads: “Only smiles over here because it is FRIDAY!! 😀 Who has plans this weekend? Comment below and let us know what you’re up to!”

As of Saturday morning, close to 2,000 fans liked the post. Some of them took to the post not to share their weekend plans but to talk about how cute Hazel looked. Here are just some of the comments about the little princess.

This dress is definitely Hazel-approved. The great thing about this garment is that it’s a relaxed fit so it’ll move with your child wherever she runs to. Unfortunately, it’s not available for sale on the Graeson Bee Boutique website. There’s no word on whether this dress sold out as soon as they shared this sweet photo of Hazel, or if there will be a restock in the near future. It’s likely that the dress is new and will make its debut soon.

Of course, it wasn’t all about Hazel in the comments section. Some OutDaughtered fans took to the post to share their weekend plans. One user revealed that they’re going camping with their family this weekend. They seemed excited to return to the great outdoors now that spring has sprung.

However, most fans were distracted by the cuteness of this photo and forgot to answer the question. It’s no surprise since she has become a fan favorite on the show. What are your thoughts on this adorable post? What are your weekend plans? Sound off below in the comments.

Check back with TV Shows Ace for more news on the Outdaughtered family.