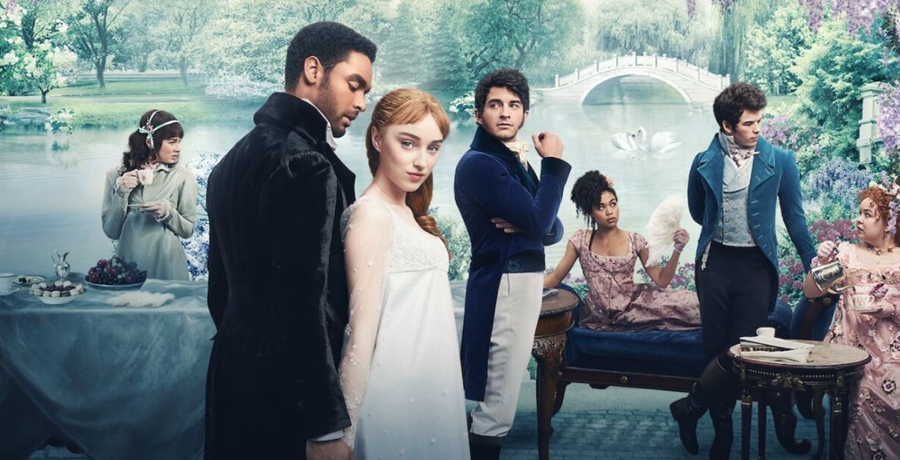 Netflix Bridgerton fans got a Season 2 renewal in January this year. Since then, Netflix planned on rolling out Season 3 and season 4. The news came even before Season 2 premiered. Now, a Sister Wives star who never watched it before seems amazed that she previously missed the show. With lots of content, it seems like a happy time comes along for the TLC star.

The first season of the popular show covered the book by Julia Quinn, The Duke & I. When the Season 2 renewal came along, fans expected it would follow on with the second book,  The Viscount Who Loved Me. The season takes a close look at Daphne’s older brother, Anthony. It meant a bit of a backseat for Daphne and Simon as Anthony made a decision to finally settle down marry. Happy about the second season, Netflix fans of the powerful family became almost ecstatic when Seasons 3 and 4 news came along.

‘Bridgerton’ Renewed For Season 2: Here’s What To Expect

Wealth, lust, and betrayal on Netflix in Bridgerton make for good television. Of course, the historic setting also adds to the sense of continuity in human gratification and egos. We reported that “it’s safe to assume that Bridgerton Season 3 will follow the third novel in the Julia Quinn series and Season 4 will follow the fourth book.” These include An Offer from a Gentleman and Romancing Mister Bridgerton. Well, one Sister Wives star from TLC  seems very taken with the drama.

Janelle Brown watches Netflix and Bridgerton caught her attention this week. On Friday, April 23, she shared a photo of her TV screen. In her caption, she wrote, “Finally seeing what [the show] is all about. Love it! Can’t believe I waited so long.” Well, TLC fans quickly commented about the show from their perspective. One of them wrote, “It’s so good! Could have done without the borderline scenes though. Love scenes yes but some were just too much, not necessary.” Actually, a few other people agreed it contained some “borderline” content.

Meanwhile, others hate the show on Netflix and a Bridgerton critic claimed, “it was annoying.” They added, “I didn’t even like the acting. “However lots of TLC fans enjoy the historical setting. One of them commented, “Watched the whole season in two days it’s the best thing ever!!! I still can’t believe the main character is leaving the show 😡😡😡 I was mad for days.” Awww. Do you also hate it when that happens?

Fans enjoy it when Janelle Brown talks about the TV shows she watches. After all, it gives them something to chat about with her. Plus, it makes them feel they can relate to their favorite Sister Wives star.

Do you feel happy that Netflix airs Bridgerton and adds more seasons? Sound off your thoughts in the comments below.

‘Wicked Tuna: Outer Banks’ Season 8: Premiere Date, All Details
Anna Duggar Reportedly Stays With Josh At Guardians’ Home Most Nights
Terrified Matt Roloff Asks For Prayers For ‘Serious Medical Challenges’
Khloe Kardashian & Tristan Thompson Spending Time Together: Are They Back Together?
‘My Feet Are Killing Me’ Season 3: Release Date, What We Know