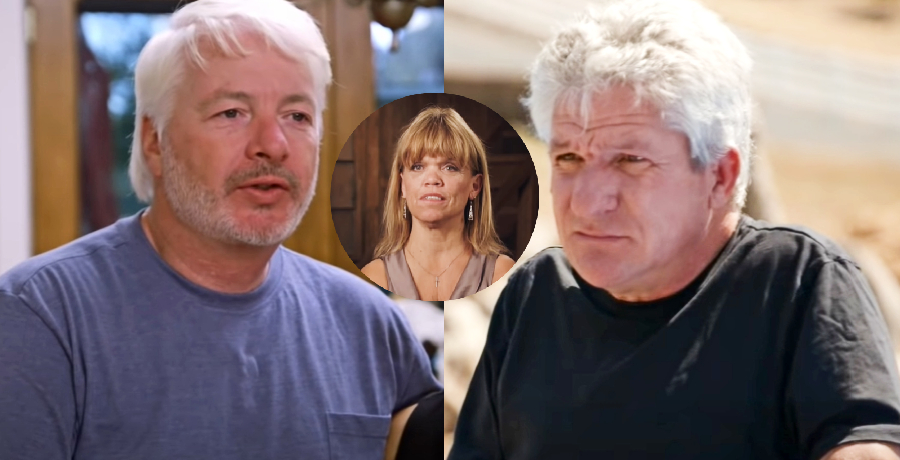 The LPBW trailer for Season 22 dropped via TLC this week and it reveals Amy Roloff “sandwiched” between Matt and Chris Marek. Of course, the show reveals Amy with an attitude. However, she seems less bitter than before. Hopefully, she smiles more than she groans as she looks forward to her wedding. However, this time around, while she nurses some grievances with Matt, it looks like she works on irritating her fiance Chris as well.

Season 22 arrives on May 11 at 9/8c on TLC. In it, the news arrived that she set a wedding date and she showed off her dress. Earlier this month, we reported that Amy hinted her wedding comes in 2021, and the preview confirms that. Back in February, she went shopping for her dress already, so fans hope they see it all go down in the show. However, they might need to wait for another season, as it might happen in August. For now, fans see that Chris Marek starts moving in with Amy, and she still thinks about holding her wedding on the farm.

The LPBW trailer reveals that some issues from the last season slip into the new season. Interestingly, one of these relates to Chris Marek and Little People Big World fans predicted it. Recall, last year, fans grew really irritated with Amy who procrastinated for such a long time when it came to moving off the farm. In fact, it seemed to take her forever to decide what to keep. Meanwhile, Matt became angry as she hoarded so many things. At the time, fans commented about her hoarding and Chris Marek. One of them said that “Chris Marek might end up with loads of “coffee mugs and clown figurines.”

Tension between Amy and Chris not unlike Matt’s

The LPBW trailer revealed that Chris tried moving into the new house. However, he complains that when he clears a space, Amy simply fills it up with all sorts of things. Certainly, the fan who predicted the problem seemed spot-on. They noted last year, “She is a hoarder and that’s gonna be a problem for Chris don’t nobody want all that sh*t in their home.” Perhaps Chris now understands Matt’s issues with Amy a bit better. After all, they seem very friendly these days.

In the new LPBW trailer fans saw that Amy Roloff now seems rather resentful that Chris Marek and Matt find common ground and seem so friendly. In fact, she said, “Well it seems like Chris and Matt are becoming buddies. Like, really?” Clearly, she seems rather unhappy about it. Additionally, she ponders selling off her remaining portion of the farm, and that leads to more of the old tension between Matt and Amy. Nevertheless, she still considers getting married there.

The LPBW trailer shows Amy and Chris going off together in Matt’s mule. Chris jokes with her about being “sandwiched” between the old and the new husbands. In fact, she seems unimpressed with Chris. Later at the farm, while looking at possible wedding venues, Chris asked Matt his opinion on a certain space. Amy seems all bristly and unhappy, asking “why are you asking him?”