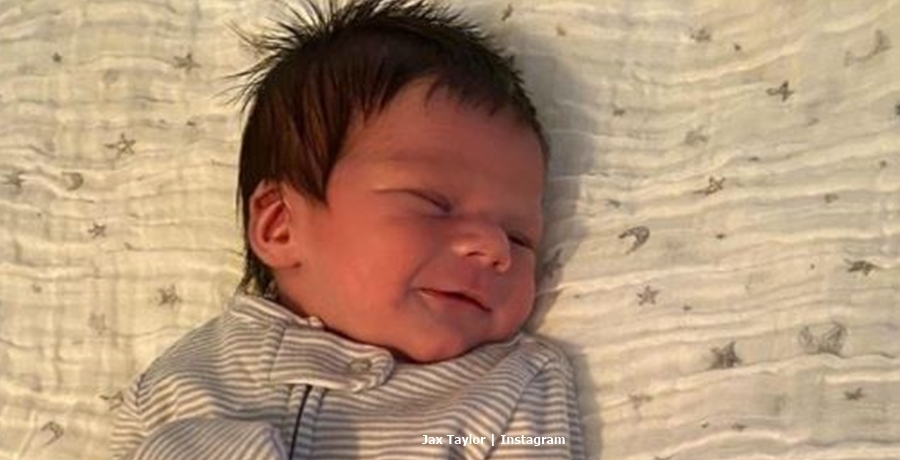 Cruz Michael Cauchi arrived on April 12, 2021. Brittany Cartwright and Jax Taylor went through some stormy times when they dated. However, both of them wanted kids and they both seem delighted with their handsome little boy. Additionally, and it’s important for the baby, they seem very happily married. They started an Instagram for the baby soon before he arrived, and yet, at 10 days old, Cruz already nears 150k followers. The way Bravo fans rave about him, that number’s probably likely to reach one million before he even starts Pre-K.

Despite calls for Jax and Brittany to get canceled on Vanderpump Rules, many people still follow them. They left the Bravo show, but they still maintain loads of followers on their Instagrams. Jax Taylor still sits with 1 million followers. Meanwhile, Brittany holds onto 1.5 million followers. When Jax and Brittany’s baby arrived, so many fans eagerly awaited the first photos of their baby. Now, the dark-haired little kid brings more fans who suffer from baby fever. Clearly, no matter what show his parents do next, Bravo fans should expect many more cute photos of their baby.

Cruz Michael Cauchi made his dad so happy when he arrived, that he and Brittany already think about more kids. Actually, fans really hope for a spinoff reality TV show for Jax and Brittany. Additionally, they wouldn’t mind seeing Lala Kent join them. It seems that fans just can’t get enough of baby Bravolites. Many of them want to see the two families grow. If they plan on more kids, clearly, that adds to the fun of it all. After all, their first baby found so much popularity already.

Brittany Cartwright & Jax Taylor Already On Board For Baby No. 2?

E! News reports that Brittany told them, “I have always said three [kids] and Jax has always said two, but as soon as we had Cruz he said we could have as many as I want. So we will probably end up with three!”

Cruz Michael Cauchi garnered 131k followers on Instagram already. So far, Jax posted up a total of seven photos of the newborn. However, fans hope that the photos his parents share on their own accounts also make their way there soon. After all, their baby boy looks like such a handsome little fellow. If you’d like to follow the account, you’ll find it HERE.

A new photo that Jax shared on April 22 hopefully ends up on his son’s page soon. Vanderpump Rules fans adored the photo of the handsome little man. One of them said, “That side eye! So handsome! ❤️❤️❤️💙” Meanwhile, another one noted, “He’s all leaning back looking all cool and precious 😍.”

What are your thoughts on the fact that Cruz Michael Cauchi already heads for 150k followers at the age of just 10 days? Sound off in the comments below.