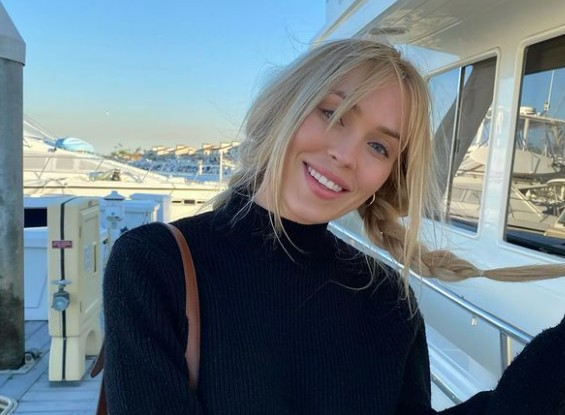 Former Bachelor Colton Underwood recently announced to the world he’s gay. His ex-girlfriend Cassie Randolph was reportedly stunned at the news. Sources shared how she was feeling and coping with the world. Now, Cassie finally spoke publically for the first time. What did Cassie have to say?

E! News shared what Cassie had to say. Cassie actually released a new v-log Thursday and made it clear what she thinks. She said, “Before I get into anything, I just wanted to say thank you so much for all the kind comments and messages from you guys.” She continued, “I really appreciate it regarding the topic in the media that brought my name up this week. Just want to let you know that I’m not going to be further discussing it or commenting on it for now.” Throughout her talk she never mentioned Colton by name.

Cassie went on to say, “There’s a lot of layers to it, and I just feel like the best thing for me at this time is to move forward and just focus on going forward. So if I do decide in the future to say anything or make a comment at all, you guys will be the first to know. But for now, just wanted to say thank you for all the kind messages and comments and DMs, and although I can’t respond to all of you guys, I want you to know that I read them, and I’m so thankful, and I feel very loved and supported.”

She wrapped up her conversation regarding Colton saying, “I appreciate you guys so much.”

She just bought a new home

Cassie also moved along to the point of her v-log and that is to show fans her new home. She purchased a new house in Orange County, California. She took fans along as she picked out new decor and plants for her new place. A whole house tour has not yet been given. However, Cassie did show fans the entry way and some of her decor she’s moved in. No doubt she will be revealing more as she begins to settle in.

Cassie is doing her best to move on from Colton and the tons of drama he caused within her life. The two were together nearly two years before calling off their relationship. Cassie filed a restraining order against Colton when he began to act obsessed with her. The charges and restraining order were later dropped when Colton and Cassie came to a private agreement.

When Colton came out as gay, he admitted Cassie had no clue.

Carson Bates Paine Celebrates His Birthday: ‘6 Going On 26’
Did Loren Brovarnik Already Have Her Second Baby?
Lilah and Jackson Roloff Like You’ve Never Seen Them Before
The Bold and the Beautiful Spoilers, May 17-21: Liam Starts To Lose It
‘Below Deck Med’ Hannah Ferrier Shares Rare Glimpse At Her Anxiety