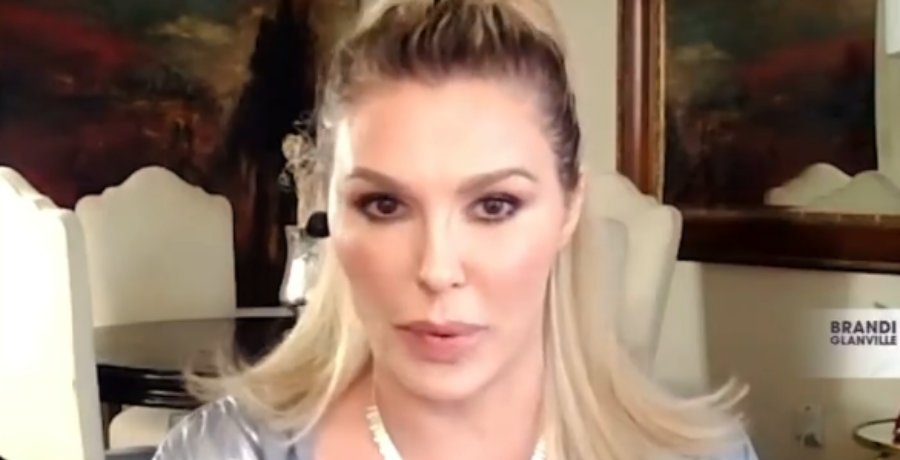 Brandi Glanville shared her thoughts on The Real Housewives of Beverly Hills Season 11. As fans know, she made her grand return on Season 10. Brandi stirred the pot and opened up about her alleged affair with Denise Richards, which Denise denied several times. However, that hasn’t stopped Brandi from bringing it up, and from her fellow HWs from siding with her.

Unfortunately, for most fans, she won’t be on the new season. Brandi has a feeling that her “Housewives days are done.” Of course, she’s still going to watch the Bravo show, whether she’s on it or not. The blunt reality star shared her thoughts on the new season.

Dishes on The Real Housewives of Beverly Hills Season 11

Bravo fans most know Brandi from RHOBH. She joined the show in 2011 and last appeared at the middle-to-end of Season 10. Brandi had fans buzzing about whether she hooked up with Denise Richards or not. That question was never answered, and Brandi expected to return for Season 11 to clear the air with Denise.

Then Denise announced her exit from the series. Brandi also has a feeling that her “Housewives days are done” since not getting a call back for Season 11. Regardless, she will tune in to the new season of RHOBH, which she compares to “checking your ex-boyfriend’s Instagram.”

“That’s my family,” Brandi said. “Of course, I’m going to watch it. You know? I watch it from a different perspective, and I want to know what’s going on with that. You see all the headlines, but you want to hear it from the horse’s mouth. I have questions, but I think we all have questions, and I want to see how it unfolds.”

Like most fans, she has questions about Erika Jayne’s divorce from Tom Girardi and their ongoing legal battles. Brandi noted that Erika “does not have a good poker face.” However, she feels sympathy for her since she lived through her divorce from Eddie Cibrian on the show.

Brandi Glanville and Kim Richards are no longer on speaking terms

In the lengthy interview, Brandi Glanville revealed she hasn’t spoken to Denise since Kyle’s party last season. She also said that Denise didn’t show up to future tapings “because she knew I was going to be there.” Brandi also revealed that her friendship with Kim Richards is over.

“It’s depressing and I talked to Kyle about it and, you know, Kyle is not that close to her either,” Brandi continued. “So she’s like, ‘I don’t know what to tell you. You’ve been such a great friend to her. I don’t know what’s going on with her …’ So it’s sad because I do love her.”

Brandi has a feeling that Kim is laying low because she’s dating someone new. She hopes that her good friend is not upset with her. Season 11 of The Real Housewives of Beverly Hills premieres Wednesday, May 19 on Bravo.

Will There Be ‘When Calls The Heart’ 2021 Christmas Movie?
Love In The Afternoon With Hallmark’s ‘A Little Daytime Drama’
Hallmark’s ‘Sweet Revenge: A Hannah Swensen Mystery’ Reinvents ‘Murder She Baked’
Was Tammy Slaton TRYING To Kill Herself In Deleted Instagram Post?!
‘Counting Cars’ Is Back With More Sin City Restorations, Alice Cooper!