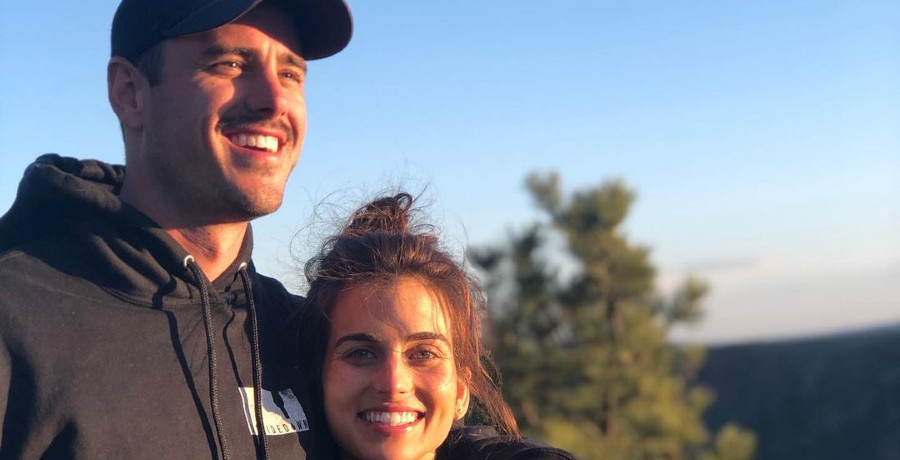 How is wedding planning going for Ben Higgins and Jessica Clarke?

Ben Higgins is more than ready to tie the knot and settle down. The former Bachelor proposed to Jessica Clarke in March of 2020. Their wedding was pushed back due to the pandemic, but they are still happily together and plan to marry soon.

Ben Higgins first sought love on Kaitlyn Bristowe’s season of The Bachelorette. Despite falling hard for Bristowe, Higgins didn’t get the final rose. He was sent home in week 8, after the fantasy suite dates.

The Indiana native went on to headline Season 20 of The Bachelor. He proposed to Lauren Bushnell during the season finale in 2016. They split a year later.

Bushnell went on to marry country music singer Chris Lane. She’s due to give birth to their first child any day now.

Ben Higgins started dating Jessica Clarke in 2018 after sliding into her DMs. They went Instagram official in early 2019. The former Bachelor proposed to Clarke at her parents’ house in Tennessee.

The couple had planned to marry shortly after their engagement. However, the global coronavirus pandemic put a crimp in their wedding plans. Earlier this year, he opened up about how difficult it was for his fiance to postpone the wedding.

Clarke and Higgins already bought a house together, though they won’t co-habitat until after the wedding. The wedding will happen in Nashville in November.

In a recent post to his Instagram, Ben Higgins shared one of the first details of their wedding planning. The photo shows Higgins and Clarke sit in front of a tray of chocolate chip cookies. In the caption, he asks his followers to share their favorite wedding foods.

He wrote that “chocolate chip cookies” will be served at his wedding to Clarke.

At Least One Of His Exes Will Get a Wedding Invite

The Alone in Plain Sight author got over 800 comments with food suggestions, such as:

He received more than one suggestion for tacos. One person cheekily replied, “Does beer count?”

As they start to work out a menu, how is the guest list coming along? Ben Higgins recently spoke with Hollywood Life about whether any Bachelor Nation alums should expect an invitation.

It turns out that Bachelor Nation alums make up a good portion of the guest list so far. He rattled off the names of Ashley Iaconetti, Becca Kufrin, Nick Viall, Tanner Tolbert and Wells Adams, among others.

At least one of the women who hoped to find love with Ben Higgins during The Bachelor will attend the wedding. He told the outlet that Becca Tilley is one of his “favorite people” and she “will be there.”

Higgins also said that some of the friends he’s made through the franchise will attend his bachelor party. The party is coming up soon, so stay tuned for bachelor party shenanigans.

What do you think about his nontraditional wedding food choice? Let us know in the comments down below.