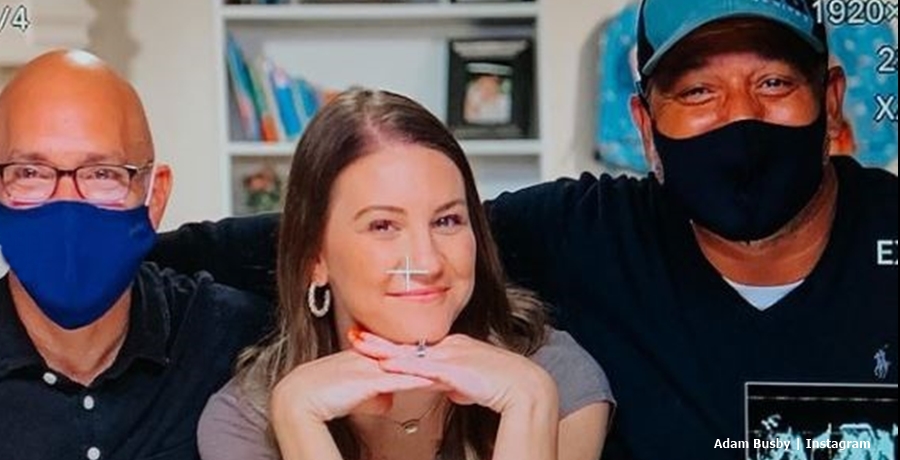 The OutDaughtered production crew includes about 70 different people over the years. Some of them work directly with the Busby family when they film for the TLC show. Naturally, some of them became friendly with the family, so Adam and Danielle gave two of them a shoutout. One of them, Brad Bogart even got a nickname: “Uncle Brad.” Another one included in the Instagram post was Alejandro Fenice. So, we found out a bit more about them.

We reported that as the current season wound down filming, Adam tackled a new project. He explained that when they moved from their “sick” house, the movers dumped everything in the garage. Additionally, whenever they film for the TLC show, the crew dumps all their stuff in the garage. Actually, they might also use it for interviews and editing. So, Adam started tidying up the place. Mind you, we also noticed that he became distracted when he found a few forgotten treasures. So, it might take some time before his garage ends up in tip-top shape.

The OutDaughtered production crew finally wrapped up filming for the current season. Notably, we reported that some fans freaked out when Adam mentioned they ended filming. However, between Adam and Danielle, they reassured fans that this season continues. Additionally, it’s temporary. So, relax. It looks like more seasons come from TLC in the future. In his caption, Adam said, “Cheers to our two favorite 🎥 peeps, #unclebrad @bradleybogart and #fenice @alejandrofenice.” So, who are they? Certainly, Adam and Danielle seem to like them a lot.

Brad Bogart worked with the Busby family on many episodes

Brad Bogart who works with the OutDaughtered production crew, filmed “32 episodes” between “2016-2018,” according to IMDb. Of course, since then more episodes came on TLC. His Instagram profile notes that he works as an “Executive Producer.” That matched what IMDb said as well.

Meanwhile, Alejandro Fenice says in his profile that he works as a “Director of Photography.” He also worked with the Busby family since the early days of 2016. Brad shared on his Instagram that he’s a dad. Actually, it looks like two of his children are close to Blayke Busby in age. Plus, he proudly celebrated  30 years of sobriety in November last year.

Alejandro Fenice, who works on the OutDaughtered production crew travels a lot judging by his Instagram. Clearly, he gets along very well with Uncle Dale Mills, who sometimes comments on his posts. Additionally, he obviously gets along very well with the Busby family. In December, he shared about his birthday. His post revealed he spent his birthday working with the family. In his caption, he said, “Thankful and blessed for this moment, Happy Birthday to me !!! Thank you universe for everything I have, [especially] for all those people behind me !!! Love y’all.”

From his Instagram, we found out that Ajelandro from the OutDaughtered production crew is also a family man with a daughter. Clearly, both of these experts in the media industry share something in common with Adam and Danielle and their six daughters.