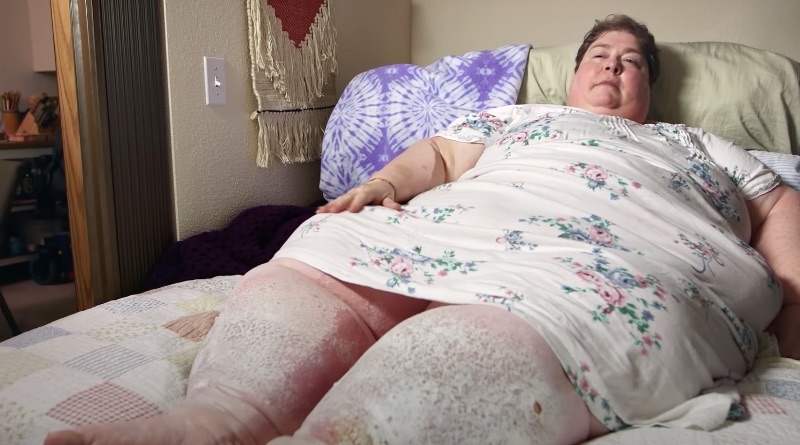 Diana Bunch was 601 pounds at 55 years old when she filmed her episode of My 600-Lb. Life. Even though other cast members have been heavier than her, her age was a factor. The older you get, the more things like morbid obesity become a health risk. Meanwhile, that was certainly the case for Diana.

Diana Bunch said everyday life was “miserable” for her on My 600-Lb. Life. She added that pain is a “constant visitor.” Meanwhile, this was especially true for her legs. Diana had lymphedema in her legs. Consequently, her condition was noticeable on the TLC show. Having things like that to contend with make it even harder to move around, as well as maintain hygiene.

By the time My 600-Lb. Life cameras caught up with Diana Bunch, she was in dire need of help from Dr. Younan Nowzaradan. She made the trek to Houston, seeking his help. Meanwhile, as TLC watchers know, getting to Houston is only the first step in a long and often agonizing weight loss journey.

Dr. Now put Diana Bunch on his 1200 calorie My 600-Lb. Life diet. Meanwhile, like a lot of new participants in his transformation program, she wasn’t looking forward to giving up some of her favorite foods – especially things like peanut butter cups. However, she also knew she had to do something drastic if she wanted a better life for herself.

Even after making it to Houston, it’s up to My 600-Lb. Life cast members to put in the work and lose the weight. They need to drop down to a certain amount before the good doctor can approve them for weight loss surgery. Diana put in the work and finally got that approval.

In addition, following her successful surgery, she dropped another 265 pounds. From the looks of it, she keeps up those healthy habits since her time on the show as well. The gastric sleeve removed over 70 percent of her stomach. And it’s clear that she took that boost and kept that momentum going long after filming ended.

Considering the state Diana Bunch was in when she first filmed her episode, she has come a long way since then. Moreover, she is another example of when hard work and dedication pay off.