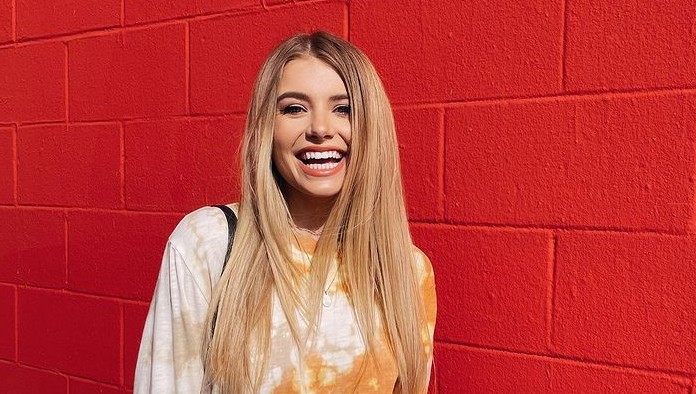 The plot thickens and drama continues in Bachelor Nation. Yesterday, Bekah Martinez called out Reality Steve on her new podcast. She believes his past posts are misogynistic and biased. She is calling for accountability and an apology for his past comments. Steve says he changed. Tonight, BIP alum Demi Burnett also called out Steve saying he has in fact not changed. What in the world is going on?

Following the Bekah Martinez podcast in which she slams Reality Steve for past posts, Steve addressed it. He went to Twitter and said he’s changed. He said, “Wanted to address my past writings that were brought to light again today on a podcast. There is/was no excuse for them. I’m embarrassed I thought that way, I’m embarrassed I wrote it, and ever since, I’ve done whatever I could to change that line of thinking.”

Steve went on to say, “I have never shied away from acknowledging these writings and will always apologize for them. I do not think that way anymore & I hope my behavior in recent years has proven that. I’m sorry to anyone who had to read those things. I am and will continue to do better.”

Tonight, Demi Burnett went to Twitter to throw the spoiler guru under the bus. She said Steve has not changed. Demi went on to say she felt the need to call him out and address how he treats women. She also shared how many members of Bachelor Nation try to have professional relationships with him in hopes he won’t spread gossip. However, she said after he outed her to the world about being bisexual before her family knew, she was done.

Demi went so far as to share a text message in which Steve shared a sexual dream about her. She said she tried to blow him off and just get off the phone. 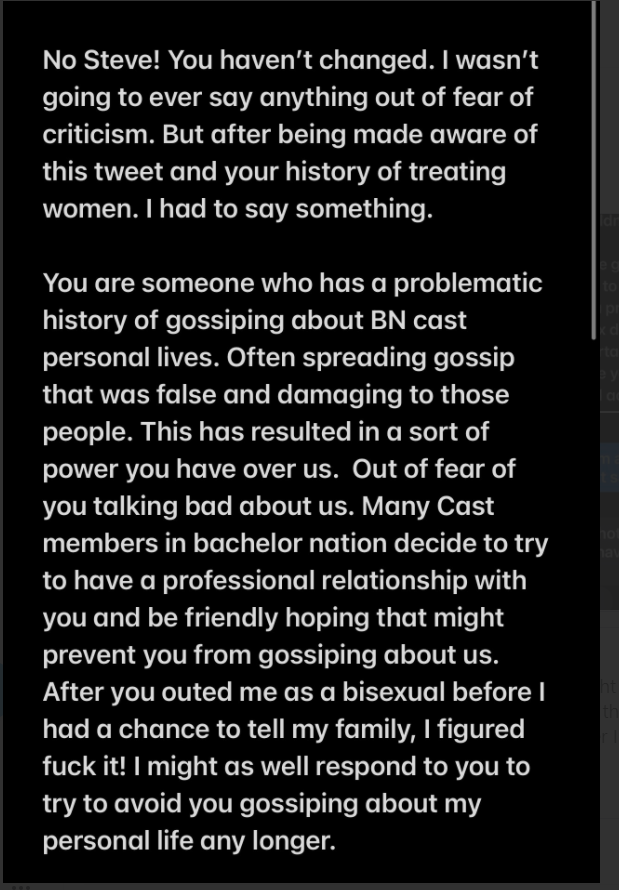 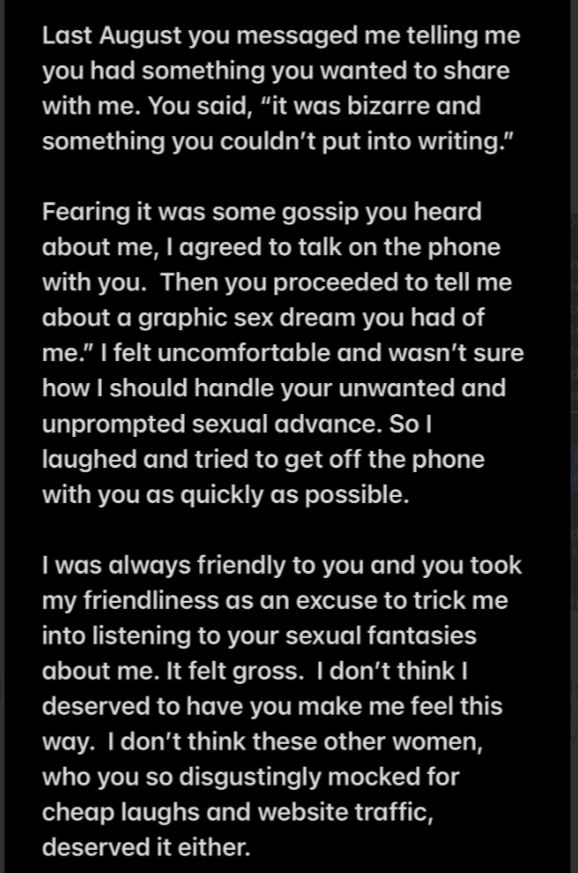 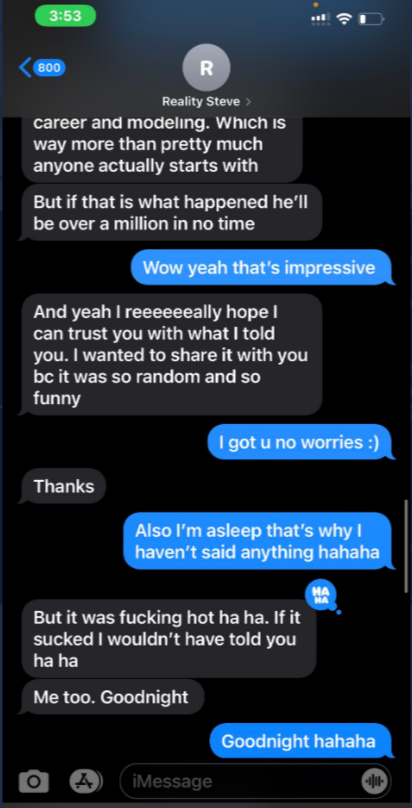 Reality Steve has not tried to shy away from anything. He immediately went to Twitter and to Demi personally to apologize. He said, “I had no idea at the time that conversation made you feel that way. I am apologizing now knowing how uncomfortable I made you feel.” He continued, “I crossed boundaries I didn’t think at the time I was crossing. I did not know this until today. So for that, I hope you can accept my apology.”

Someone else called him out saying his apology made it sound like he was blaming Demi. He again replied saying, “I’m not blaming her at all. I did not know about how she felt until less than an hour ago. So once I found out she felt this way, I apologized to her both personally and here on Twitter.”

Stay tuned as the drama continues to unfold. What do you think about this information shared about Steve? Should Demi have stayed quiet? Is Steve’s apology sincere?