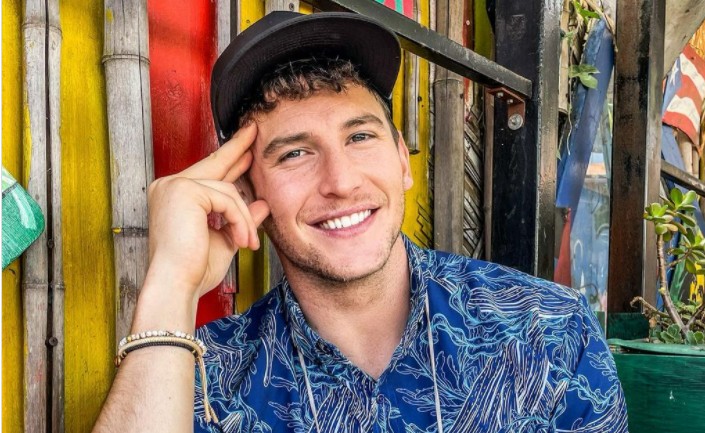 Bachelor in Paradise alum Blake Horstmann had some time on his hands yesterday. Since he had time to kill, he opted to answer fan questions. One question involved the future of The Bachelor franchise. Many may be shocked by Blake’s prediction regarding the franchise’s future. Keep reading to find out more.

Everyone knows The Bachelor franchise has been under fire recently. There have been cries for more diversity along with accusations of racism. The scandals have certainly taken a toll on the franchise. Now, Blake Horstmann shares his personal opinion on where the franchise may be going.

According to Blake’s predictions, the franchise will decide to call it quits after Michelle Young’s season of The Bachelorette. Remember, these are just Blake’s thoughts. There’s no truth or secret reason behind any of it. He simply shared his prediction. Whether it will come to pass remains unknown.

Blake went to Instagram Stories to share his thoughts on the topic along with much more. He said, “Nothing lasts forever, but also … I think there won’t be another Bachelor season.” He continued, “I think it’ll end after Michelle.”

Blake went on to say, “Whether you think it’s right, wrong, whatever your stance is on the [Chris Harrison scandal] — I think it drove away a lot of loyal fans and viewers. They’re really not going to watch the show. Ratings are going to plummet.” 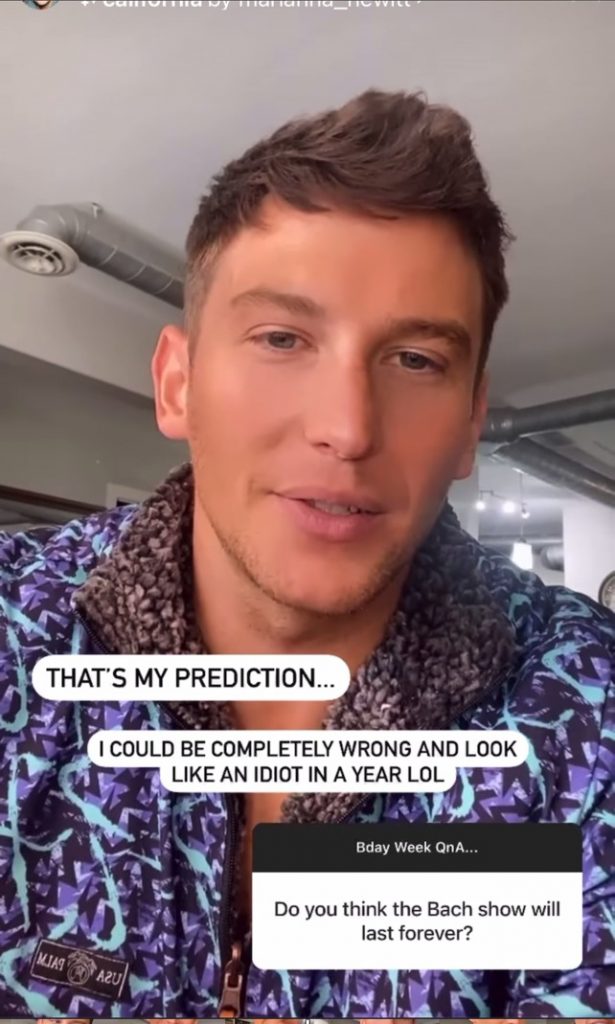 He updated fans again later on

After seeing the headlines and commotion his comments caused, Blake went back to Instagram to share more thoughts. He said it must be a slow news day and he’s surprised his predictions got so much attention. Blake also said it’s just a thought. He could be completely wrong and he hopes that’ the case. Blake hopes it does last another 20 years. He went on to say he makes a living from The Bachelor because of the podcast he hosts.

However, Blake was simply sharing his opinion, not facts. He said it has nothing to do past contestants or current ones.

Along with talking about the franchise possibly ceasing to exist, Blake also talked about his upcoming birthday. Blake turns 32 this week. He shared he will be out partying in Denver this weekend. Those who followed his Instagram story were actually treated to the knowledge of where he will be hanging out.

He also shared his thoughts on just living in the moment and loving life. Blake thinks everyone should stop taking life so seriously. Everyone only has one life to live.