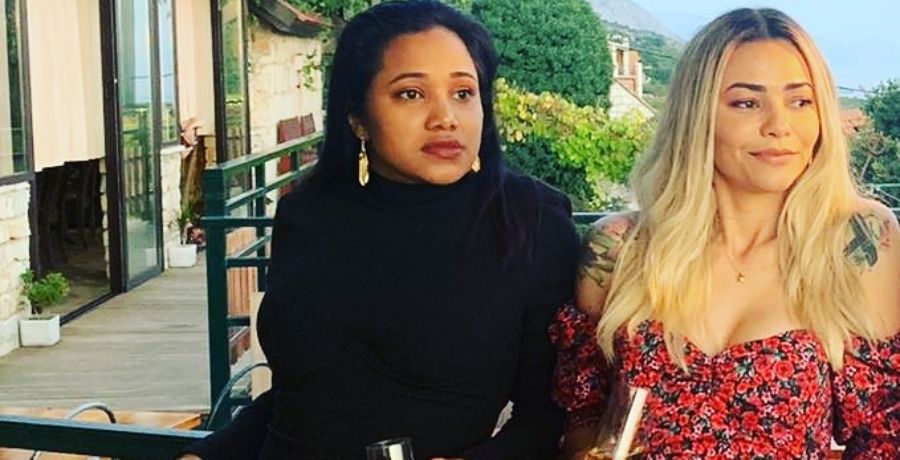 Below Deck Sailing Yacht stars Dani Soares and Natasha De Bourg have some strong words for Sydney Zaruba. They called the deckhand “arrogant and cocky.” The crew had their first outing on Monday night’s episode. They ate a delicious meal, which quickly turned into a disaster.

Half of the group sat there and at their food. Meanwhile, the other half wanted to take a smoke break every few minutes. Sydney couldn’t help but be caught up with Gary King, who’s interested in stew Alli Dore. During the dinner, she revealed that she was a better catch and much more attractive.

Now, her cohorts are sharing their thoughts.

Both the Below Deck Sailing Yacht cast and crew can agree that Sydney is kind of annoying. She’s been hooked on Gary ever since they hooked up the very first night. Even though he told her it was a one-time thing, she felt there was something more between them. She even thinks she’s better-looking and is better suited for Gary.

On Monday night’s episode of Watch What Happens Live, host Andy Cohen asked Natasha and Dani about what happened in the current episode. He then had them play a game where they had to say one thing that annoyed them about each of their crew members.

Natasha and Dani had different thoughts on a few crew members, but they came to an agreement when it came to Sydney.

“I just think she thinks she’s better than everyone. It’s sad. For me, looking at the show, it’s sad to see that because I think we all had beautiful girls on the show,” Natasha said. “I just think it’s unfair to think that you’re better than somebody else. It’s one of my pet peeves.”

Dani shared similar sentiments. However, she put in a few more digs at Sydney.

“Yeah, I came up with the exact same thing,” the Bravo star added. “Just a bit too cocky and arrogant.”

Despite what she thinks, Dani and Sydney are still good friends. Sydney shared a photo of the two together via Instagram. Dani took to the comments section, writing, “Love this.” However, it’s unclear what Sydney now thinks of her friend.

What do Dani Soares and Natasha De Bourg think about the rest of the crew?

The game continued during Watch What Happens Live. While it was awkward at times, Dani and Natasha just rolled with it. According to the Below Deck Sailing Yacht stars, Gary is a chronic complainer who’s also arrogant. When it came to Alli, Natasha had a hard time coming up with a negative thing to say about her.

Dani noted that she was slow at her job at the beginning of the charter season. They feel that Jean-Luc Cerza Lanaux needs to work with establishing a bond with the crew and being a part of the team. When it came to chief stew Daisy Kelliher, they said she should change her communication style. Surprisingly, neither engineer Colin Macrae nor Captain Glenn Shephard was up for discussion.

Fans praised both men for their fun personalities and relaxed approach to working on a yacht. Some would say that it would be hard to find something negative about them. Natasha and Dani made it clear that Sydney needs to work on being less arrogant and cocky. Do you agree with them? Sound off below.