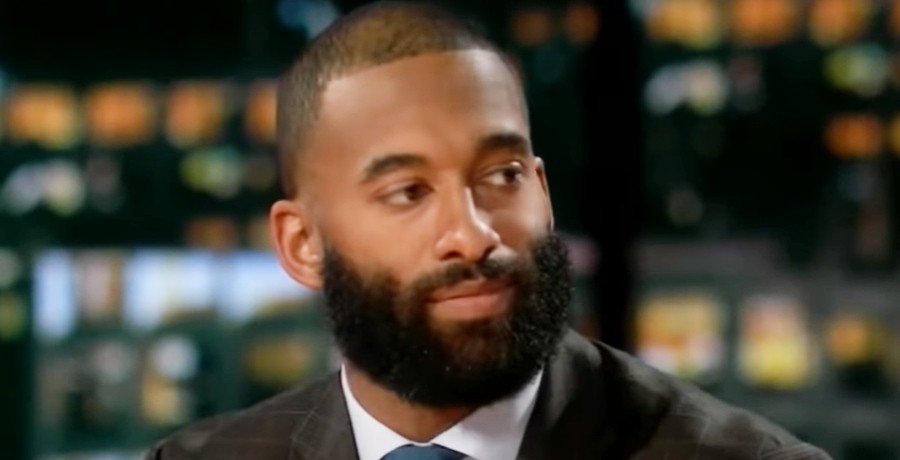 When watching Bryce Hall’s video on Youtube, fans saw Matt James and were curious, what was he doing? In the video Bryce posted called, ‘I Faced My Biggest Fear,’ Matt James is on what appears to be a private plane with him and several TikTok stars. Fans also spotted him in the back of a dance video Addison Rae posted.

Among them are twenty-year-old Kio Cyr, Blake Gray, and Addison Rae. Also present eighteen-year-old Avani, and sixteen-year-old Charli D’Amelio. Bryce is twenty-one so that makes Matt the older one in the crowd. The video also shows the crew went to watch Jake Paul fight and played a basketball game with Justin Bieber.

Matt James got mentioned on Twitter and Instagram quite a bit after posting videos and pictures with the TikTokers. According to Monsters and Critics, one fan said, “why is he hanging out with teens/young adults isn’t he like [sic] late 20s?”

Another comically said, “a father and his 20 children.” This all comes on the heels of Matt being in the news for supposedly playing two women. A woman named Grace claimed Matt tried to get her to come on The Bachelor and was talking to her days before flying Racheal to NYC to work on reconciling.  Matt’s most recent TikTok post features the real love of his life, Tyler Cameron sunbathing using the shiny side of a Lay’s chip bag.

The Former Bachelor Is Having A Great Time

This is not the first time he’s set out to party with celebrities. In Florida, at WrestleMania, he posed with Brie Bella and her husband. According to US Weekly, Jason Tartick was also there. For the trip to the fight, while he seemed to be the only other older person on the plane, it’s possible they just weren’t being filmed. On Reddit, someone said, “Did Matt just tell his agent to hook him up with anyone and everyone who is famous for any reason?” They went on to say it’s like he’s with a different celebrity every week.

Triller is an entertainment platform sort of like TikTok. That appears to be who sponsored the plane and the trip. Bryce showed the logo outside the plane. It also sponsored the fight between Jake Paul, another influencer, and Ben Askren, a UFC fighter.

Matt is taking things in stride, not letting the rumors and backlash get to him. He’s been dedicating a lot of time to his charity. He posted an inspirational video working out with the kids at his organization. What do you think of Matt clearly taking advantage of his current celebrity? Who do you think he’ll hang out with next? Comment with your thoughts below.