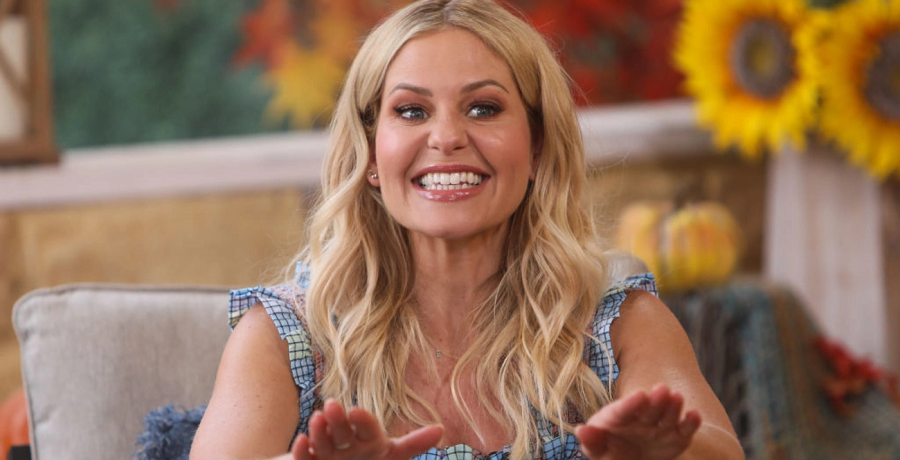 Candace Cameron Bure opened up about her marriage to Val Bure. She revealed that they went through struggles during the COVID-19 pandemic. The couple hunkered down with their three children, all of which moved back home. While Candace loves having her kids by her side, she admits that there was a strain in her relationship with her husband.

Earlier this month, the Fuller House star celebrated her 45th birthday. She posted a series of photos and clips of herself snuggling up to the former hockey player. Candace referred to him as her “love” and revealed that they’ve been together for 27 years. But that doesn’t mean that their marriage has always been easy.

Candace Cameron Bure sat down for an ongoing interview with Us Weekly on Thursday, April 14. However, the interview did not come out until Tuesday. The actress is currently promoting her first-ever womenswear line with QVC. She admitted that she and her husband were able to work on some of their struggles while quarantined together.

“When you’re all in a house together for [over a year], you have to start talking about the things you kind of avoid because of work and travel and all that stuff,” Candace told Us Weekly. “We just pushed through some of the things that were eating away at both of us.”

The Full House alum said that the constant togetherness gave them space and time to tackle these issues. Candace and Val went through the ups and downs of their marriage. She admits there were good and bad moments. That’s when the couple decided to talk things out.

“There’s hurt feelings for a minute. And then there’s pouting for a minute and there’s anger for a minute,” she explained. “And then you kind of go, well, ‘How are going to figure it out? And what decisions are we going to make? How do we come to a compromise in a way that you feel good?’ So, that’s just what we did. And that’s what marriage is really about, but it was kind of thrown in your face during quarantine.”

In 1996, Val and Candace wed. The couple shares three children — Natasha, 22, Lev, 21, and Maskim, 19. They got used to being empty nesters before the pandemic. However, all three of their children ended up moving back home when the COVID-19 pandemic started.

Candace Cameron Bure previously spoke to Us Weekly about her marriage in 2018. At the time, she was spending time apart from her husband and their family. She admitted that distance and space are some of the secrets to a happy marriage. Her relationship was often put to the test when she and the former athlete would have to travel or spend time under one roof.

“I travel a lot, that’s the secret!” Candace exclaimed. “Because, you know, being away from each other makes the heart grow fonder.”

Her thoughts have since changed. She admitted that it was hard for them to spend quality time together because their schedules would never align. It got so bad that they would get mad at each other. With their new approach to marriage, she feels they should’ve figured this out before.

Candace previously revealed to Yahoo Lifestyle that her marriage was tested during the pandemic. Their kids helped guide them during those moments when their relationship was put to the test. The star described the “first few months” as “hairy.” That’s when the family came together to discuss these problems head-on.