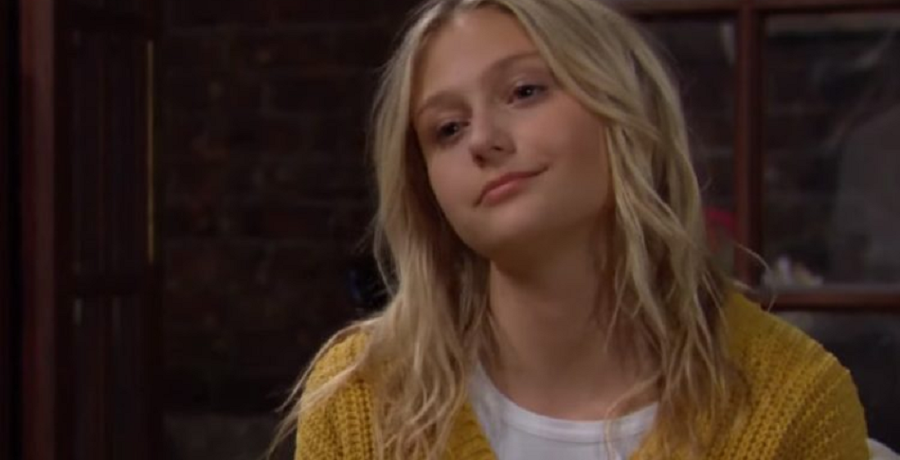 As Y&R fans know, Alyvia Alyn Lind made her exit from the CBS soap last week. The young star played the role of Faith Newman since 2011. Now, she’s leaving her role to play the lead in the new television series Chucky, which is based on the horror movie franchise that’s based on the killer doll. Lind’s last air date was on Wednesday, April 7.

Most people know her for her young portrayal of Dolly Parton in several TV films about the legendary country star. Over the years, however, she always returned to her character of Faith. In a new interview with Soap Opera Digest, Lind shared her thoughts on ending her time at Y&R and “Faith’s dark side.”

The former child star was sad to leave the role of Faith. During her interview with Soap Opera Digest, Alyvia Alyn Lind admitted that she had a hard time opening up about leaving the CBS daytime series. On that faithful, she had to say goodbye to the cast and crew, which she became close to over the years. Leaving the set was difficult for the bright young star.

“My last day was so emotional. I was in denial over it for so long and then in the last five minutes it just kind of hit me … and then the floodgates,” Lind said. “I’ve been on the show since I was 3. That studio holds a lot of memories for me — my whole life! As sappy as it sounds, my favorite part of Faith has been having this TV family in my life who I’ve always been able to come back to.”

thank you for being the best TV mama my whole life! i love you so so much!!!❤️❤️❤️❤️❤️❤️❤️❤️ https://t.co/UoGJPoQfPE

Her on-screen family provided “stability in a business that’s so unstable.” Lind loves her character and holds her close to her heart. While she admits that Faith “had a tough life,” she noted that “she’s always been surrounded by a supporting, loving family.” Whether it’s bullying or underage drinking, Faith always comes out as a “survivor.”

Teases a return to the CBS daytime soap

Over the years, the teenage character has been through a lot. Faith ended up in a car wreck caused by her drinking. Alyvia Alyn Lind revealed what it was like to take on that dark role.

“Thanks to the writers, I was given such a great storyline. Nobody’s perfect and I loved being able to explore Faith’s dark side,” Lind continued. “And I’m not sure what’s in store for Faith, but I will always believe that deep down, she’s a good person with a good heart. She just strayed off her path for a beat.”

The actress also teased a return to the show sometime soon. She joked that she’ll return to Y&R if she’s ever “invited” back. She wants to stay in touch with the cast and crew. As for her new role, Lind says that Lexy is different from Faith in which she’s “an entitled, arrogant ‘mean girl’ but completely misunderstood.”