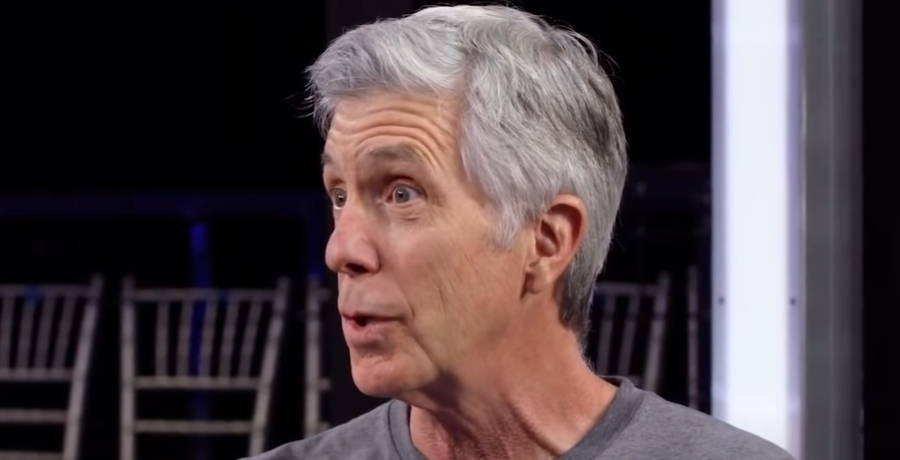 The vast majority of Dancing With The Stars fans really miss Tom Bergeron. While many fans gave the new hostess Tyra Banks a chance, several others were unwilling. They just had no desire to keep up with the show after the long-time host departed. However, new social media posts from Tom Bergeron’s account may indicate that he could be involved with DWTS Season 30 in some shape or form.

Tom Bergeron teases fans on Twitter with a puzzling message

The former host posted a very cryptic Tweet today. It includes a clip from The Godfather: Part III where Michael Corleone says, “Just when I thought I was out… they pull me back in.”

All Bergeron had to add was, “Stay tuned…” with an emoji with a half-smile.

So what does this mean?

Almost immediately, Dancing With The Stars fans assumed it means that Tom Bergeron will take his rightful place on the stage.

But don’t get your hopes up just yet.

Tom Bergeron said in the past he has no desire to return to Dancing With The Stars. It is possible he could change his mind, but he has very adamantly said he’s done with the series. And apparently, that included even participating as a competitor on the show.

“We’re done … that train has left the station,” Bergeron said as a guest on The Stuttering John Podcast with John Melendez when asked if he would like to compete.

“I’ve hosted every format imaginable. There’s no real fire in my gut to do it again,” Bergeron in an interview with TV Guide. “Having said that, I’m always open to surprises.”

Enjoyed chatting with @JimHalterman of @TVGuide for this week’s issue. Working on that follow-up book now, Jim 😉 pic.twitter.com/eWn2CV1gpK

It’s always possible that he could change his mind about making an appearance, but that doesn’t seem likely given everything he’s said so far. Fans will just have to stay tuned and see how this situation plays out.

What could be in store for Season 30?

ABC did confirm Dancing With The Stars will come back for Season 30 and formally confirmed a few cast members too. Derek Hough, Bruno Tonioli, Carrie Ann Inaba, and Len Goodman will make up the judges’ table. And Tyra Banks will return as executive producer and hostess.

So even if Tom Bergeron returned, he isn’t very likely to host. It is always possible that the two could share hosting duties, which may appease some diehard fans. It’s no secret that DWTS is always looking for people who make headlines and get people talking. Tom Bergeron’s return could very well do that.

These days, the former DWTS host is writing a book and keeping up with exercise. He even went for a run with former castmate Sharna Burgess. Even if he doesn’t return to the hit ABC dance competition, he will have plenty to keep him busy.

Are you hoping Tom Bergeron will come back to DWTS this year? Be sure to let us know what you think in the comments.