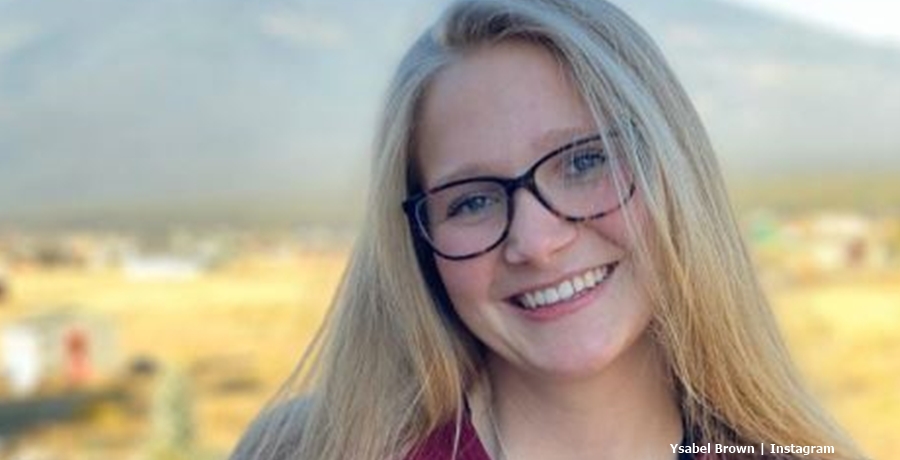 Sister Wives star Ysabel Brown seems very close to her mom, Christine Brown. More so since fans saw what went down between her and Kody in the finale. Spoiler Alert! This article contains some minor spoilers from the finale episode that aired on April 18. Actually, it’s the same day as Christine’s birthday. Her sweet message to her mom made some fans recall the finale.

We reported that in the final episode of the TLC show, Kody Brown seemed very reluctant for Ysabel to go for her back surgery. Bear in mind, she suffered from scoliosis for years. In the past, fans saw her crying as her mom helped her into a ghastly brace. Now her pain became worse and medical insurance kicked in, Christine wanted her daughter to finally get back surgery. However, Kody claimed it was way too dangerous for anyone to travel with Ysabel to New Jersey.

Sister Wives star Ysabel should fly there by herself, Kody declared. Of course, that made fans really angry with him. After all, his daughter’s still basically a kid. It wouldn’t be nice coping with back surgery all by herself. Luckily, Christine put her foot down and wouldn’t allow Ysabel to travel alone. So, after Ysabel popped up a nice photo of her kissing her mom, Katie Joy also shared it on her Instagram page. When Ysabel shared her post, a lot of fans wished her mom a happy birthday. But over on Without A Crystal Ball’s page, fans were less nice about it.

Sister Wives star Ysabel captioned her post with “happy birthday mommy. you are undoubtably my favorite person in this whole wide world, (sic).” Praising Christine, she added, “i wouldn’t be the person i am today without your loving nature and beautiful soul.” Next, giving her mom compliments, the teen said sweetly, “you’re 49 and still don’t have a single grey hair.” So, she thanked her mom for “great genetics.”

When Katie Joy shared the sweet post by Sister Wives star Ysabel, she mentioned that the older daughters seemed “irritated” with their dad this season. In fact, she also noted, “It’s very clear to me that her kids are done with Kody.” One fan also remarked, “This was such a disturbing finale to watch.” Plus, she feels “done with Kody!” She also seems shocked at the way he treated everyone, “especially his daughter and her need for the surgery.” Suffering from the same condition, the critic noted that the pain’s really bad. They also added, “They all deserve a better Father and husband!”

What are your thoughts about the sweet message that Sister Wives star Ysabel posted for her mom on her birthday? Sound off in the comments below.