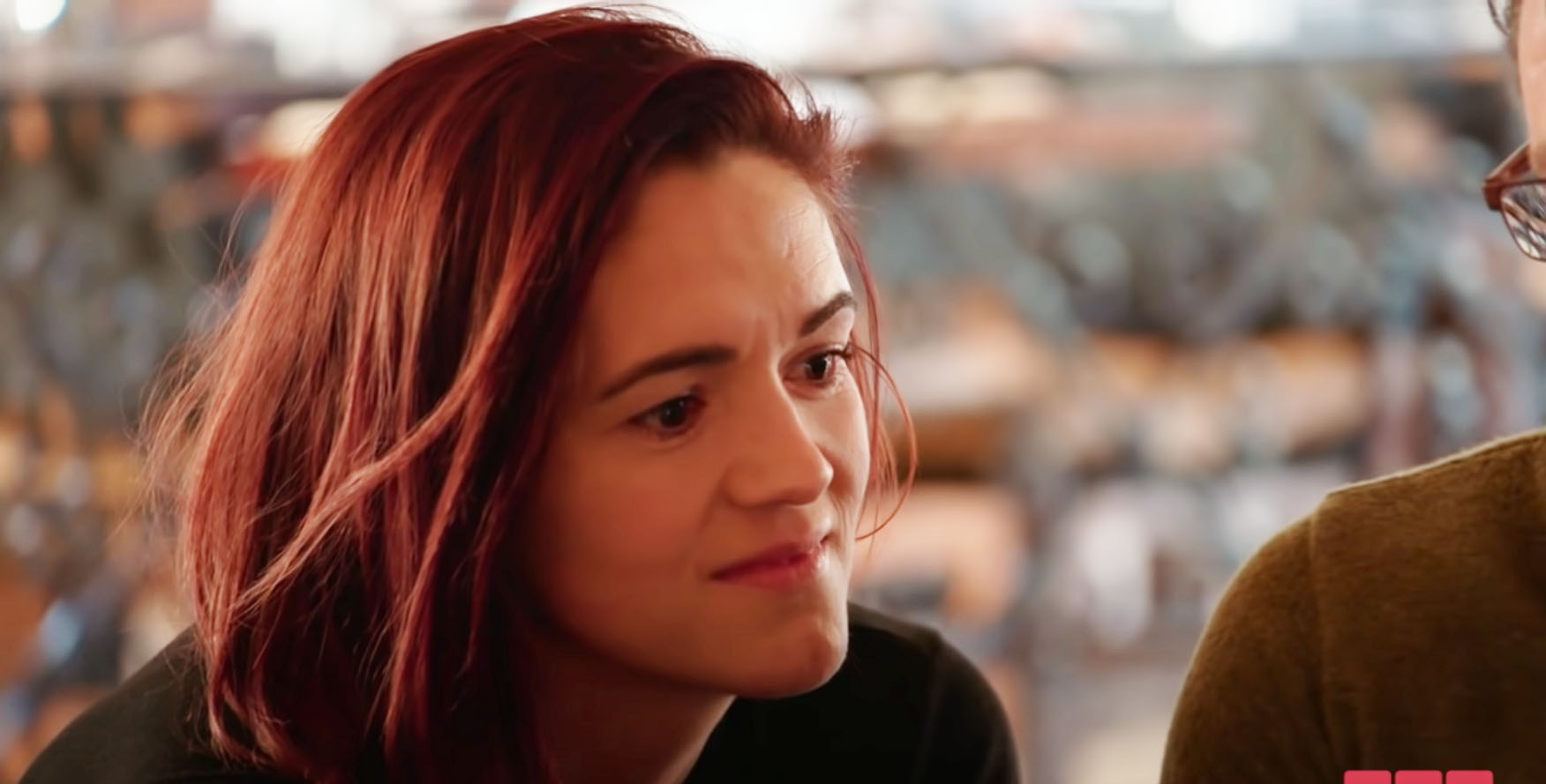 Tonight’s (April 19) episode of TLC’s Seeking Sister Wife is sure to bring some drama. Luckily for viewers, TLC releases a teaser for the episode. This allows viewers to brace themselves for what’s about to unfold. Keep reading to find out why Dannielle Merrifield is so emotional in the teaser for tonight’s episode.

Last week Seeking Sister Wife shows the Merrifields in Cabo San Lucas, Mexico with their Brazilian sister wife to be, Roberta. As fans already know, Garrick and Dannielle recently legalized their divorce. Seemingly, this is to allow Garrick to marry Roberta so that they could all live together in the United States.

Touchingly, Garrick and Roberta both agree that they want Dannielle to be the matron of honor for their wedding ceremony. At the time, Dannielle seems like she’s all for it. “Being the matron of honor for Bert and Garrick’s ceremony will be very special because I’ll also be able to feel like I’m a part of it and it’s not just about Garrick and Roberta.” Additionally, Dannielle feels that as sister wives, this will symbolize them uniting, as well.

Dannielle Merrifield gets emotional ahead of her ex-husband’s wedding

As the caption for tonight’s trailer suggests, Dannielle Merrifield is going through some things when it comes to her ex-husband marrying a new woman for the sake of gaining a sister wife. In a confessional segment of the show, Dannielle explains some of her feelings about the situation. “I have definitely had to work through a lot of jealousy and insecurity with my own self since Garrick and I started looking for a sister wife.”  She goes on to further explain that she’s having a hard time talking about it because “it’s something [she’s] worked through.” Ultimately, Dannielle “doesn’t want to go back to that spot.”

Something TLC viewers don’t see too often is a confessional segment getting interrupted by another cast member, however, it seems that’s exactly what happens to Dannielle. The screen goes black with white text that says that Garrick overheard Danielle and becomes worried. Next, viewers see Garrick and Roberta knocking on a door. Everyone comes into the room. Dannielle is noticeably upset, however, Garrick and Robert seem to carry on like nothing is wrong. However, Garrick does point out that Dannielle seems emotional.

Gut wrenchingly, Dannielle speaks into the translator app so that Roberta can have an idea of what is going on with her. From the tears in Roberta’s eyes, it seems that she can sympathize with Dannielle. In another confessional segment, Dannielle explains that when they began this process, she fears that Garrick would be happier with someone else. “I wish that Garrick would maybe reassure me that he isn’t in this lifestyle to just leave me,” shares Dannielle.

‘Loki’ Gets A New Premiere Date & Day On Disney Plus
‘My 600-Lb Life’ Bethany Stout Incredible Life Update
Matt Roloff Like You Never Heard Him Before Exclusive – Don’t Miss This
‘Return To Amish’: Does Rosanna’s First Date Turn From Hot To Cold?
Lori Loughlin Got Her Passport Back, Can She Film ‘WCTH’ In Canada?