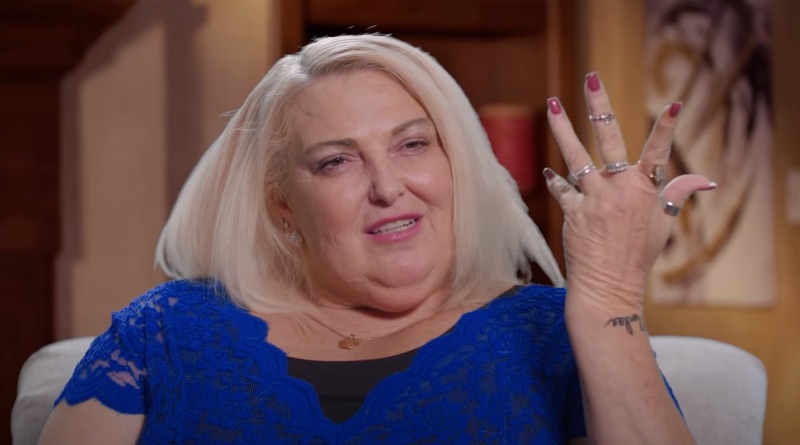 90 Day Fiance cast member Angela Deem is on the upcoming season of Happily Ever After with Michael Ilesanmi. Meanwhile, she recently opened up about her shocking weight loss – and what pushed her toward it.

90 Day Fiance watchers will see a new Angela Deem when the fresh season of Happily Ever After premieres. Angela showed off her shocking weight loss on Instagram a few months back – and it was a drastic change for the TLC celeb. Meanwhile, she will show off more of her new figure when Season 6 of the spinoff premieres.

Angela Deem recently opened up about what went into her major transformation. Michael Ilesanmi’s wife confirmed that she lost 100 pounds since she started her weight loss journey. Following her transformation, Angela has more “energy.” In addition, even though she has never lacked in the confidence department, her new figure gives her an added boost.

Angela Deem went on to say she is glad she did it. Her health is “so much better” now. Also, just based on her appearance alone, she certainly looks like a completely different person. At the rate Michael Ilesanmi’s wife was going, there were fears that she would have a heart attack as well.

But thanks to her lifestyle overhaul, she is certainly in a much happier and healthier place. As a bonus for 90 Day Fiance: Happily Ever After watchers, they will see more of this part of her journey unfold in new TLC episodes. Meanwhile, this also includes how Michael adapts to his wife’s changes as well.

Going through any major life overhaul is tough. And that was certainly the case for Angela Deem. But it looks like she had some added issues to deal with from Michael Ilesanmi as well. In addition to the struggle of maintaining a long-distance relationship, Angela said that Michael wasn’t entirely supportive of her transformation.

According to Angela Deem, she said that her 90 Day Fiance husband was a “total a** at the beginning.” Angela didn’t give too much away because that’s going to be a major part of her Happily Ever After storyline. But she did say that she was in it “alone.” Along with that, Angela said they really “went through it” as a couple. So that’s more than enough to tune in for when the new season premieres.

On top of that, there’s some divorce chatter making the rounds currently when it comes to this couple. Watchers know Michael liked her bigger figure. Moreover, her dropping the pounds seems to have caused a rift in their relationship. So there may be trouble in paradise for the long-standing 90 Day Fiance couple.