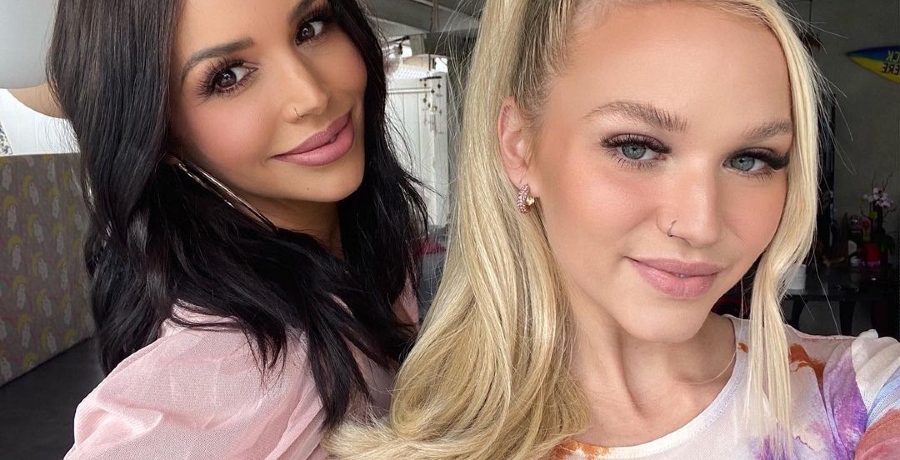 Scheana Shay revealed her due date. She’s the last of the Vanderpump Rules crew to give birth. Lala Kent gave birth in late March, while Brittany Cartwright welcomed her baby boy earlier this week. Now, the ball is in Scheana’s court.

As TV Shows Ace previously reported, Scheana has been busy preparing for the birth of her baby by packing her hospital bag. She’s gone back to Los Angeles so she could be with her family. Fans have wanted to know when she’s due to give birth. They feel like she’s had a long birth, especially with the countless Instagram posts showing her maternity shoots. Read on to find out her due date.

Scheana Shay wonders if she will give birth earlier than expected

On Thursday, April 15, Scheana Shay took to Twitter to announce her due date. She wrote that she’s due on April 24, which is a week from now. However, the Vanderpump Rules star wondered if she will give birth earlier than expected. She even asked her fans if they think she’ll deliver on time.

Since posting the poll, 69.4% of fans think mini Scheana will be a Taurus baby. The remaining 30.6% think she’ll give birth early.

Why the mom-to-be doesn’t have “FOMO”

Scheana Shay continues to get candid about how she’s preparing for the birth of her little girl. According to BravoTV’s The Daily Dish, she’s been spending a lot of time “between San Diego and L.A. at my parent’s house. We’ll be up in L.A. full-time in a couple of weeks. Our apartment just isn’t ready yet so we’ve been doing a lot of back and forth. But, it’s just been good to see the fam and spend a bunch of time with them and get things ready for baby.”

As Pump Rules fans know, Scheana doesn’t sit in one place for long. She’s been active all throughout her pregnancy. The Boy Crazy founder has been traveling, taking maternity photos, and working out at the gym. Being pregnant amid the coronavirus pandemic has affected Scheana, but at least it didn’t give her a sense of “FOMO.”

“I mean there hasn’t been much to do. It’s kind of the perfect time to be pregnant in this pandemic,” Scheana told The Daily Dish. “Because there’s no FOMO. So it’s not like I’m missing out on anything. I would normally be at festivals and this and that now I can’t ’cause I’m pregnant.”

‘Pump Rules’ star sets the record straight on her move to L.A.

Scheana Shay revealed the reason why she moved back to Los Angeles after living in San Diego for some time. On Tuesday, April 13, the Vanderpump Rules Aussie Fans account wrote: “Scheana & Brock Have Moved Back To LA to Get Ready For The Birth Of Their Baby Girl!”

A Twitter follower responded: “Hoping this means they’re filming again soon. Nobody would voluntarily leave Palm Springs for Hollywood unless they’re getting paid.”

“I didn’t leave anywhere,” Scheana responded. “I still own my house in PS and have SD. My doctor, hospital, and family are in LA and I’m about to have a baby.”

I didn’t leave anywhere. I still own my house in PS and have SD. My doctor, hospital and family are in LA and I’m about to have a baby. https://t.co/7cGwBY1GlL

Fans defended Scheana’s reasoning. They argued that she doesn’t owe anyone an explanation. Nor is it anyone’s business where she lives or why she moved. Check back with TV Shows Ace for more news on Scheana Shay.