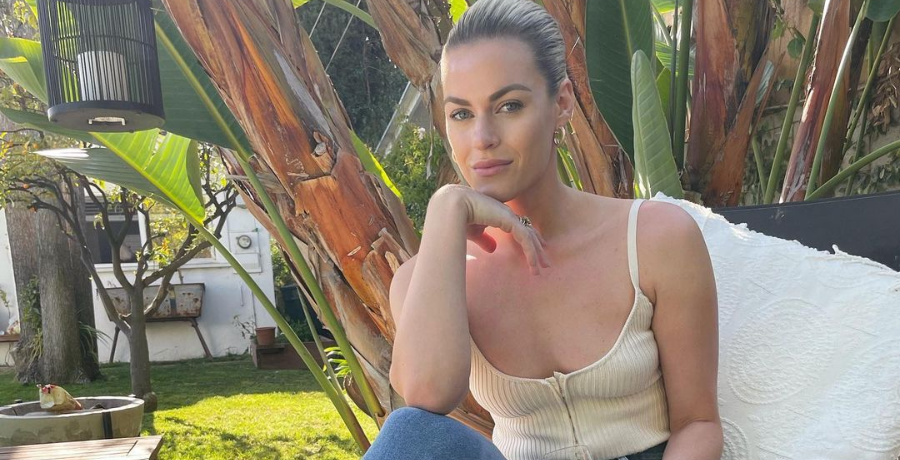 Dayna Kathan made her debut in Season 8 of Vanderpump Rules. She was well-received by fans except when it came to her love triangle with Brett Caprioni and Max Boyens. It seemed like Dayna fit in well with the rest of the group. Some noticed that she even resembled original cast member Ariana Madix.

On the show, both women were outspoken about their bisexuality. Shortly after Pump Rules Season 8 wrapped up, Dayna became close with Katie Maloney-Schwartz. The two were spotted hanging out and having drinks together. Katie even invited her on her new podcast, “You’re Gonna Love Me.”

Although she fits in well with the rest of the cast, she’s not returning for Season 9.

At the current time, Vanderpump Rules Season 9 is on hold. Production got halted due to the ongoing coronavirus pandemic and the Bravo firings. On Saturday, April 17, the SUR Rules fan account broke the news that Dayna Kathan will not make a return to the reality series. It was the former SUR-ver herself who first broke the news to a fan.

On Friday, April 16, Dayna posted a photo of herself wearing a black one-piece swimsuit and lounging in the backyard with a drink in her hand. She wrote in the caption: “sometimes you’re picking a wedgie & raleigh.seldon snaps a kewt pic. happy friday qtz! [sic]”

Interestingly enough, only fellow cast member Danica Dow commented on the photo. She wrote: “Babyyyy” with the heart-eye emoji. Then, one fan wrote a lengthy comment saying she’s excited about Dayna’s upcoming podcast episodes and if she’s heard anything about Vanderpump Rules making a comeback.

“Have you heard if VPR is coming back after all of this craziness, and have you heard if you’ll be a part of it??” the fan wrote. “I’m hoping that you can give your fans a status update!!”

“i’m not returning but excited to see next szn! [sic]” Dayna responded. “The pod will be back soon, you’re amazing, thank you!!!”

SUR Rules shared a screenshot of Dayna’s conversation with the fan on its Instagram feed. In the caption, they wrote: “BREAKING: Dayna will NOT be returning to #VanderpumpRules #pumpRules @dadadayns this makes me incredibly sad but I am excited to see what you do next! Onward and Upward.”

Dayna Kathan left a comment on the Instagram post. She thanked the fan account for all of their support. She felt that this was “the right decision” to make for herself at this time. The model says she feels “happier” than ever and she’s grateful to all of the fans who supported her.

Fans also took to the post to share their reaction. Some assumed Vanderpump Rules was already canceled. Others said that they won’t watch the show without the original cast members. Then, there were some fans who feel that VPR won’t be worth watching, while others could care less about Dayna leaving.

In June 2020, Bravo fired Stassi Schroeder, Kristen Doute, Max Boyens, and Brett Caprioni for their past racist actions. Six months later, Jax Taylor and Brittany Cartwright confirmed their respective exits from the show. At the time, rumors swirled that the network axed the couple. However, they claim they left on their own accord.

Currently, Scheana Shay, Lala Kent and Randall Emmett, Katie Maloney and Tom Schwartz, Ariana Madix and Tom Sandoval, and Charli Burnett are left on the show. Of course, Lisa Vanderpump is still very much part of the series and is ready for it to return.

What are your thoughts on Dayna leaving the series? Will you tune into Vanderpump Rules Season 9? Sound off below in the comments.