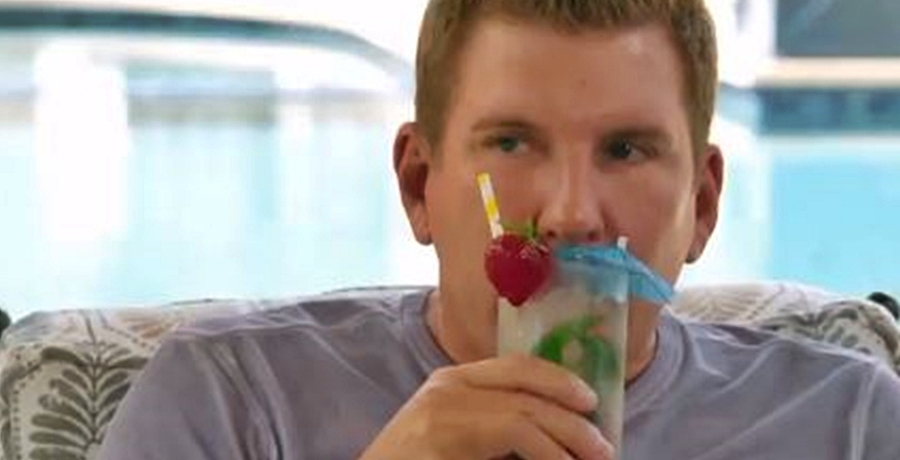 Chrisley Knows Best patriarch Todd grew a rep for fast responses to trolls. Some USA Network fans love his one-liners that slap hard at trolls. However, sometimes he seems a bit too hard, fans think. After all, he’s a Christian but often says nasty things. So, when he slapped hard at an innocent fan in his haste to fire off, he left them hurt and confused. Some fans fact-checked him, but will he apologize?

We reported that Todd tolerates no trolls. That’s a good thing, some fans think. For example, we noted that fans often visit his Instagram “just for the comments.” In fact, he’s “well known for blasting trolls with brilliant comebacks.” In July last year, he slapped hard when a critic arrived when he posted a photo of  Emmy Medders and Chase together. The troll told him that he shares way too many photos of Chase and he’s “creepy AF.” In a one-word epic, Todd just replied with, “stfu.”

In September last year, Chrisley Knows Best star Todd once again attacked a troll. This time, fans agreed his comeback seemed like a good thing. After all, the troll went for his daughter Savannah. The troll felt that Savannah suffered from a “self-esteem issue.” Plus, they claimed that botox makes people “ugly,” and they claimed that  Todd’s “gay.” Page Six noted that he replied, “I sat with your message that you sent to @savannahchrisley and today since I had a few minutes, I decided to allow my f—dom to manifest enough to say “F—k off.” Nevertheless, this time he slammed an innocent fan.

Chrisley Knows Best star Todd took to Instrgam on April 16 and promoted non-alcoholic drinks. Actually, fans saw a few shoutouts for the products in the past. However, one critic slapped at him. They said, “Ok how many times do you have to promote this non alcoholic beverage.” No response came from Todd in reply. In his post, he tagged the post with Becketts’ drinks. Meanwhile, another fan asked, “Idk if i missed it somewhere but where does the name becketts come from?”

That’s when Chrisley Knows Best Todd slapped at the wrong person. He replied to the innocent question with: “as many times as I want, does it bother you? If so, why? ”

Some fans seemed upset with him, as the innocent fan asked, “did I miss something? I was asking where the name becketts came from? I was just wondering if you already mentioned it and i just missed you saying it. Wow!? I guess it was interpreted wrong🤔😫.”

Chrisley Knows Best fans slap back at Todd as nasty

One fan commented that Todd shouldn’t be so nasty, as he claims to be Christian. Meanwhile, some defenders explained that even Christians are not always perfect. Nevertheless, the book of Ecclesiastes 7:9 in the bible talks about anger. Actually, several times, similar advice comes from the book. The verse says, “Be not quick in your spirit to become angry, for anger lodges in the heart of fools.”

Some Chrisley Knows Best fans think that Todd made a fool of himself by firing off at the wrong fan. One of them said, “he gets mad too quick and easy …Not professional.. not Christian like.” And another one said that Todd “owes you an apology.”

Do you think that Todd might apologize? Sound off in the comments below.