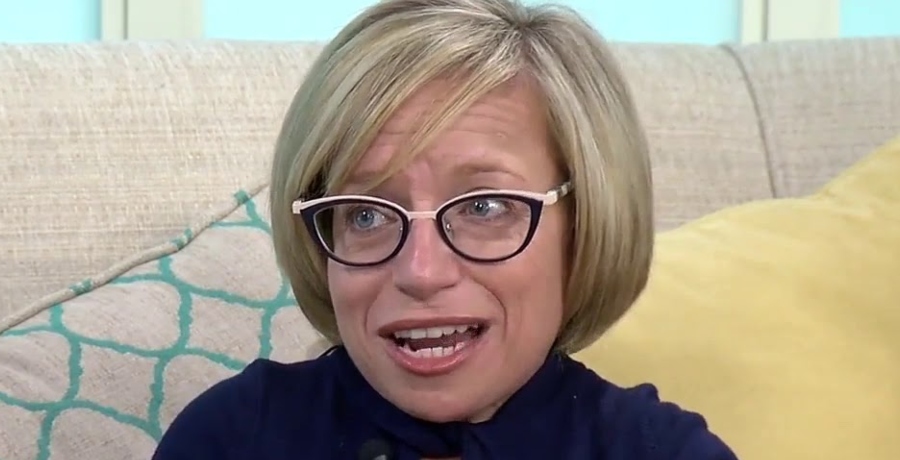 The Little Couple Rocky dog lived with Jen Arnold and Bill Klein since before Will and Zoey joined the family. Made famous from the show and from the Rocky and Maggies Pet Boutique, the rescue’s showing his age. Will and Zoey adore the pup and don’t mind spoiling their animal companion. So, he just ditched his very own beach ball bed and found somewhere much nicer to sleep.

The Little Couple Rocky got his own beach ball bed

In October last year, we reported that Jen Arnold said Rocky always hogged their bean bag chair. So, they gave him his very beach ball bed. It looked so comfy that Zoey snuggled next to him on it. He certainly looked very happy all wrapped up in a little blanket with Zoey nearby. So, for some time, it looks like the new bed was a hit with the pooch. Now graying, and probably a little stiff, he adores Will, and on occasion, Bill Klein and Jen share photos of them together.

The Little Couple fans often ask after Rocky the dog. He obviously became rather discerning and wise in his advanced years. After all, when he ditched his beach ball bed this week, he found an awesome place to sleep. Rocky’s choice was with Will, one of TLC’s most popular kids. Rocky looked very comfortable, but maybe he chose the spot to comfort his young companion. A week ago, Dr. Jen Arnold shared that Will broke his arm and they ended up at the ER.

On April 15, Bill Klein posted up a photo of Will and Rocky on the couch. However, there’s much more to the story.

Fans love where the rescue pup chose to sleep

In his hashtags, Bill said that The Little Couple dog Rocky got himself a “#dogbedupgrade.” He also noted, “Looks like Rocky found a replacement bed.” Fans laughed and loved the photo of the old doggie as he lay stretched out on Will’s back. With his little paws on either side of Will’s neck, the cute pooch snoozed away. Obviously, Bill thought it an Instagram-worthy photo as Will enjoyed it. He smiled at the camera very sweetly. Bill Klein also hashtagged Rocky and Maggies, although it’s not likely that they sell little boys as beds there.

The Little Couple Rocky fans took to the comments section and chatted about the cute pup and Will. Here are a few examples of how TLC fans reacted:

Look at sweet little Rocky 💙. He loves Will.

Omg they look so happy and cute.

Rocky 🙌 glad he is still around ❤️.

I have been following you guys for years and at one point even watched all of your shows this by far is the cutest photo.”

The Little Couple Rocky really made fans get the feelies. Do you love the cute picture? Sound off in the comments below.