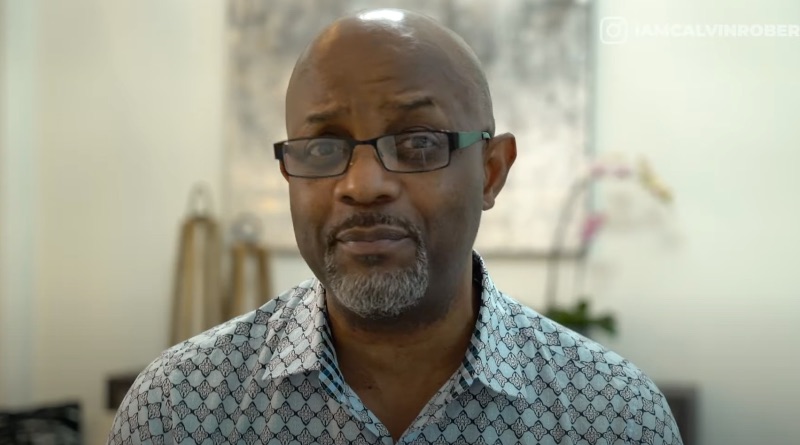 Married at First Sight expert pastor Calvin Roberson pulls no punches when talking to husbands and wives. He tells it like it is – and that’s one of the things watchers love about him. Meanwhile, he had some things to say for people that like meddling in the business of others.

Married at First Sight expert pastor Calvin Roberson doesn’t always speak out. But when he does, watchers certainly take notice. This time around, he talked about the “amounts of energy” people put toward worrying about the lives of others. Meanwhile, he believes that time and energy would be better spent “examining their own ways.”

Calvin Roberson told his Married at First Sight followers that if they spent more time focusing on their own “personal growth,” they’d be much “further in life.” More or less, this certainly seems like a fancy way of telling people to mind their own business.

In addition, pastor Calvin Roberson included a photo of him sipping a beverage – like the popular meme that makes the rounds. Along with that, he included the hashtags “real talk” and “mind you.”

Minding my business and thinking, “Why do folks expend copious amounts of energy on developing suppositions about other ppl’s lives. When if they spend that time examining their own ways and working on personal growth, they’d be much further in life 🤔 .” #realtalk #mindyou pic.twitter.com/zafjb6uHBQ

Calvin Roberson Keeps it Real with His Followers

Married at First Sight advisor Calvin Roberson pulls no punches when it comes to sharing his thoughts. If a Lifetime husband or wife is out of line, he has no problem telling them what’s what. It’s certainly something watchers appreciate about him. Meanwhile, it’s clear from his latest post that he continues that same trend.

One of pastor Cal’s most iconic lines on Married at First Sight is “marriage ain’t for punks.” That’s the approach he takes when counseling husbands and wives that choose to go through the Lifetime process. Meanwhile, he even has a book coming out later this year that incorporates that into its title. Marriage Ain’t For Punks: A No-Nonsense Guide to Building a Lasting Relationship is expected to hit shelves in September.

Married at First Sight Expert Knows What He is Talking About

Watchers see pastor Cal when new seasons air on Lifetime. He has been giving advice on the show for several years now. Meanwhile, he was even the expert on the MAFS spinoff series, Honeymoon Island. Along with Dr. Pepper Schwartz and Dr. Viviana Coles, they make quite the team – advising newlyweds as they embark on their marriage journey.

Certainly, Calvin Roberson has a lot of irons in the fire in terms of projects he works on. Even so, he still finds time to drop nuggets of wisdom for all his followers. Moreover, it’s always interesting to see what he has to say next.