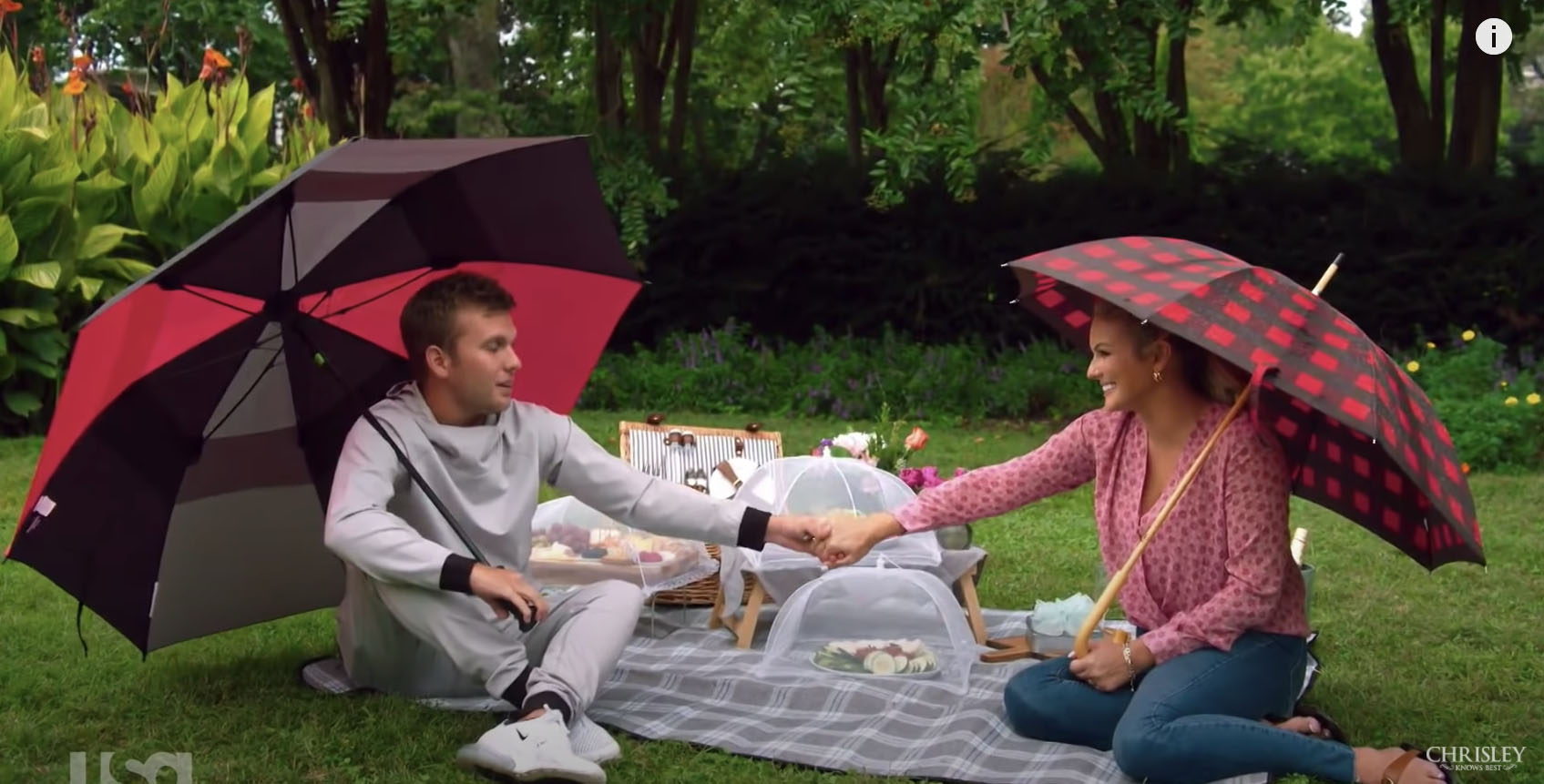 Chrisley Knows Best fans are head over heels for Chase and Emmy’s relationship. Luckily for fans, Chase takes to his Instagram stories to share some highlights from their recent date night. Keep reading to find out what date night looks like for Chase Chrisley and Emmy Medders.

From the looks of it, things are going really well for Chrisley Knows Best Chase Chrisley and Emmy Medders. Clearly, from his Instagram story, he enjoys spoiling his girlfriend on a night out. The clip begins with an ariel view of a city at night. Unfortunately, there are no distinguishable landmarks, so assumably, this is Nashville, Tennesee.

So, it appears that Chase takes Emmy on a helicopter tour for date night. Next, Chase uses a photo of the couple from Emmy’s Instagram. Emmy is smiling from ear to ear and gives the camera a thumbs up. Chase shoots the camera a smoldering look. Both of them are still wearing their headsets, and a peek at the cityscape is visible behind them. However, it’s difficult to tell how high up they are.

Dinner after a helicopter tour

After a helicopter tour, Chase posts a photo of a meal. It appears that he chose surf and turf as his date night meal. While inquiring minds might want to know what Emmy ate for her date night meal, there isn’t any inclination on either of their Instagram pages.

Recently, Chase’s older brother, Kyle secretly wed. Shortly after, People broke the news of Kyle and Ashleigh’s wedding. Notably, this is the second time Kyle’s been married. As far as Savannah goes, she called off her engagement with Nic Kerdiles. The two remained a couple for a while before eventually breaking up completely.

What do you think of Chase Chrisley and Emmy Medders’s lavish date night? What city would you like to take a helicopter tour of? Let us know in the comment section below. Come back to TV Shows Ace for more Chrisley Knows Best news.

Matt James Dishes On Why Katie Thurston Will Be The Best ‘Bachelorette’
Will Josh Duggar Be Kept Away From His Seven Children?
‘My 600-lb Life’ Update on Dottie Perkins: Where is She Now?
‘The Bachelor’ Will Sarah Trott Be Joining ‘Bachelor in Paradise’?
Katie Thurston Claps Back At Haters After Buzzy ‘Bachelorette’ Promo