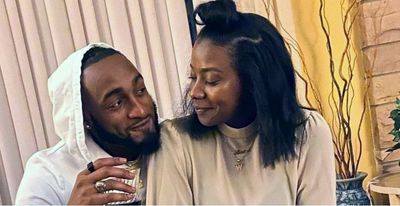 Amani and Woody’s relationship has truly blossomed before our eyes. The couple was an instant fan favorite on season 11. And now The Married at First Sight alums are celebrating their first year of marriage. The beautiful couple met as strangers a year and two months ago and are still #MarriageGoals.

Woody’s Tribute To His Wife And Their Love

In his latest post on Instagram, Woody posts intimate photos from their Munaluchi Winter photoshoot. And it is clear from his caption that he is more than ready to share the rest of his life with Amani. “Headed to Year 2 baby. I know y’all probably say, the Randalls celebrate every month, and we do. We met as strangers a year and two months ago, crazy right.” Woody is no stranger to spoiling his lady. Amani appreciates the little things, including spontaneous dates to botanical gardens.

Woody has made it known that as long as he has Amani, he will always celebrate their love. “We celebrate to remind ourselves of how much we’ve grown since the first day we met. Love will always prevail. Looking forward to more days, weeks, months, and years with my sweets mane.”

Every day is a special celebration for Amani and Woody. And this couple is only going to get better with time. Ideally, this is the pairing that needs to return to Married at First Sight to help and guide the other couples. Not to mention any names, but Paige and Chris could use some tips on love from The Randalls.

Are Kids In The Future For Woody And Amani?

Since the show, the MAFS alums have started their own Youtube channel. The channel features cooking videos and other bonding activities they do together. In their most recent video, The Randalls try snacks from all over the world.

When the couple isn’t cooking for their fans, they’re also featured on Married at First Sight: Couples Cam. Woody and Amani entertained the idea of kids on an episode with Woody saying “Yes and no.” about being ready to have kids.

Woody tells his wife, “I wouldn’t mind you having my seed, you know, my baby. The only reason I say ‘no’ is just because I’d want a bigger house first. I think we’ve built a great foundation to want to think about a family and bringing a little person into the world.”

Tune into Married at First Sight Season 12, on Lifetime every Wednesday at 8 p.m EST.

Todd Chrisley Admits His Wife Julie Has Way More Class Than He Does
Did NBC Renew Or Cancel ‘Law & Order: Organized Crime’ Season 2?
Carlin Bates Under Fire, Is She Abusing Her Dog?!
‘Sister Wives’: Did Meri Brown Get Drunk & Go Live On Instagram?
‘General Hospital’ Spoilers: Is A Maxie Recast On The Way?