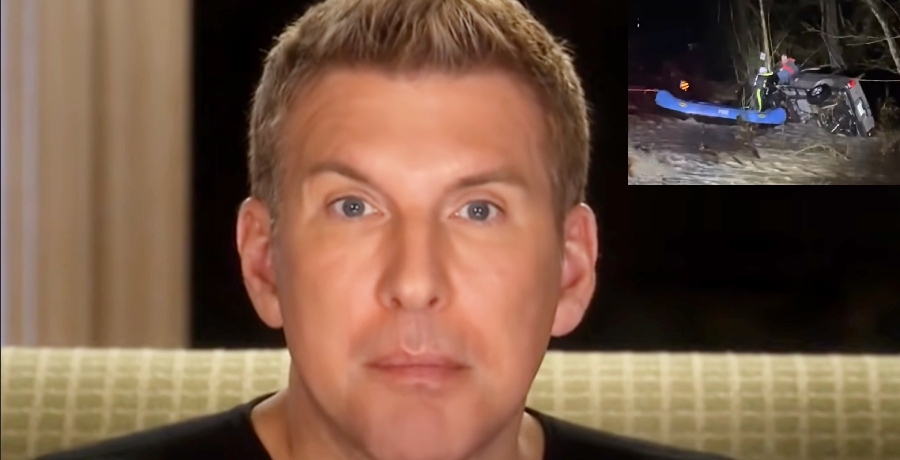 The latest episode of the Chrisley podcast, Chrisley Confessions dropped late last night (April 14). Luckily for fans, even though there aren’t new episodes of Chrisley Knows Best, they can still keep up with the Chrisleys with this podcast. Fans may remember that Todd was out last week. Julie speculates that he got food poisoning on his birthday. However, Savannah Chrisley was there to fill in. Keep reading to find out what Todd and Julie Chrisley talk about this week.

This episode begins with Todd Chrisley explaining his absence from last week. He explains that April 6th was his birthday and by 3 AM on April 7th, he was “doing everything that goes along with a stomach virus.” Unfortunately, Todd was so sick for 48 hours that he “could not move.” However, he is happy to report that he is “back to the living and life is good again.”

Next, the Chrisley Knows Best patriarch speaks about the recent flooding in Nashville, Tennessee. Chrisley fans may have seen that Savannah’s ex, Nic Kerdiles had one of his businesses directly impacted by this natural disaster. Sadly, the NPR headline for this reveals “At Least 4 Dead, 130 Rescued As Nashville Sees Worst Flooding In Over A Decade,” in their March 28, 2021, report.

With that in mind, Todd Chrisley seemingly calls the Nashville media out for their response (or lack of response). “When bad things happen, the media jumps on it, because they want that one moment to give you the flash in the pan. But then, the media’s nowhere around to continue putting the message out there.” Todd goes on to detail why this is problematic for the Nashville community. “And folks, there are a lot of people in Nashville that have suffered. A lot of people have lost their homes. A lot of people that have lost their businesses” shares Todd.

Any Chrisley Knows Best fan knows that the family likes to give back to others when they can. A recent example of this is Todd Chrisley discovering a grandma on social media that reminds him of Julie’s grandma. As a token of his appreciation for the joy she brings to his life, the Chrisley family paid for her salon trips for the rest of her life. In yesterday’s podcast, Todd gives listeners ideas on what they can do to be kind.

Todd begins by explaining what it takes to form a community. “Remember that these people are our neighbors. It takes all of us to form a community,” he says. Additionally, he says, “it takes all of us to lift each other up.” “It doesn’t cost a lot to buy someone a cup of coffee or to you know pay for their food when they’re coming through the drive-thru right behind you,” explains Todd. Heartwarmingly, he shares that he “raised his kids to always do that. And they still do it to this day.”  Ultimately, Todd encourages his listeners to pay it forward. “Lift these people up in prayer that have suffered losses due to the flooding.”

Did you know the extent of the March flooding in Nashville, Tennessee? What is something you do to pay it forward? Let us know in the comment section below.