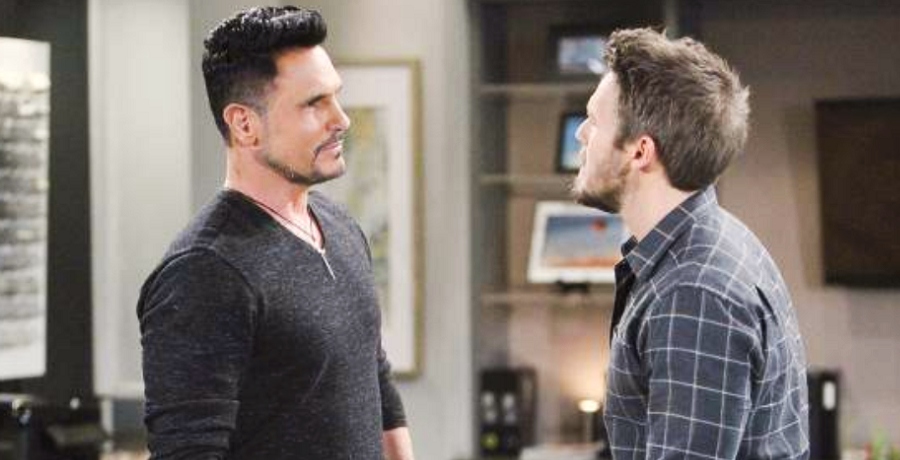 The Bold and the Beautiful spoilers for Friday, April 16, 2021, reveal more panic from Bill and Liam as they wrestle with what to do about their role in Vinny’s death.

The Bold and the Beautiful Spoilers: Are The Walls Closing In?

All Liam (Scott Clifton) wanted to do was the right thing and call the police but then he passed out and Bill (Don Diamont) instinctively tried to cover up the crime. He stuffed Liam into the car and drove off, making it look as if they were never on that patch of road.

The next day, Bill tried to sell Liam’s car so nobody would ever see the damage that was done to the vehicle’s front end. Justin couldn’t understand why, but Bill told him just do it. So, he did. Liam continued to hyperventilate, feel the guilt, and insist they tell the truth.

Now, it looks like someone who has been keeping a big secret is about to be outed. Is this Liam and Bill’s secret about Vinny (Joe LoCicero), or is this about a whole other deadly lie? Who else is hiding things besides Bill Spencer and Son? 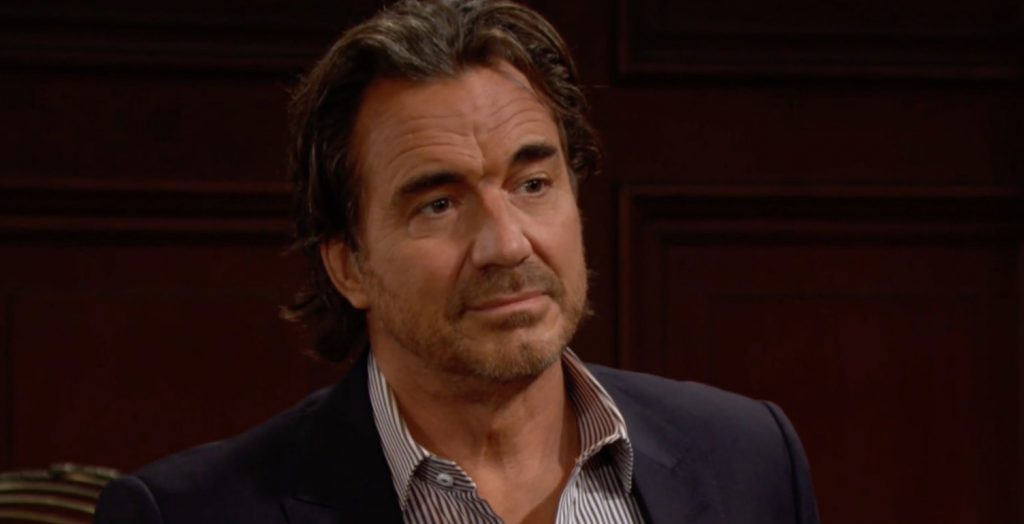 The Forresters move away from the Vinny story for a day as The Bold and the Beautiful spoilers say Eric (John McCook) and Ridge (Thorsten Kaye) spend some father-son bonding time together. Eric even opens up to Ridge about his relationship with Quinn (Rena Sofer) and Ridge might hear some unexpected things.

Eric did take Quinn back after she did some terrible things. She made Ridge believe he had married Shauna (Denise Richards) on a drunken trip to Vegas although she knew the real truth and conspired to trick Ridge and hide it from Eric.

Quinn begged for forgiveness and Eric took her back, but has their relationship been the same ever since? Quinn is still wandering around town scheming just for the sake of scheming. Just last week she messed with Paris (Diamond White) on her date with Zende (Delon De Metz) for no particular reason except to apparently be sadistic.

Does Eric see she has not changed her ways at all? After five years, is he finally re-thinking this strange marriage? Ridge can’t tell his father ‘I told you so’ since he found himself falling for Quinn at one point himself. She seems to have that effect on men.

Wait! Was Tayler Middleton On Tv Before?
Why Are ‘Extreme Sisters’ Christina & Jessica Naked In The Woods?
‘The Irregulars’ Surprisingly Canceled After Just One Season
Dylan Barbour & Hannah G Reveal A Dream Makeover!
Jim Bob Duggar’s Quotes On Rape Resurface After Josh’s Arrest