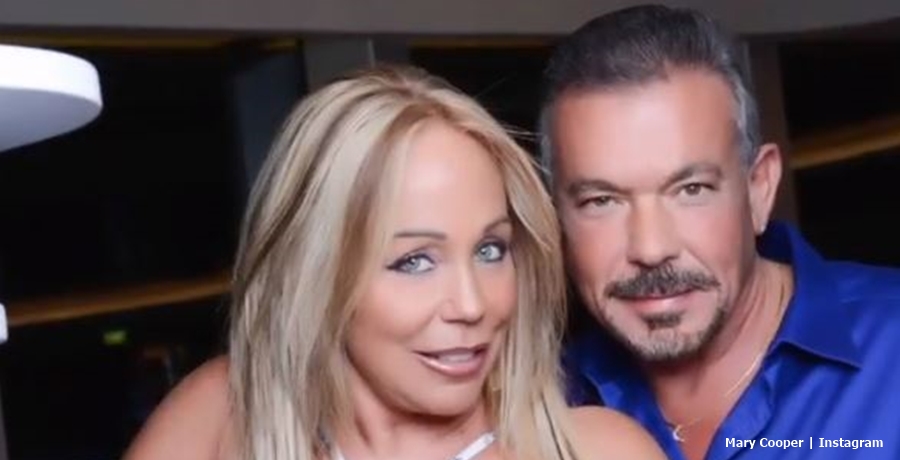 sMothered mom, Mary Cooper, Frank Canuto, and her daughter Brittani featured in Season 2 on TLC but Frank passed away in November last year. In the show, fans heard that she and Frank lived together as boyfriend and girlfriend. However, she later married him before his death. On April 14, she revisits his death and some shocked fans had no idea he passed away.

Brittani and her mom, Mary live in Jensen Beach, Florida. Fans saw that Brittani studied and hoped to become a corrections officer. However, fans wondered why she chose the profession as she suffered terribly from anxiety. Mary said that’s why she showered with her daughter. TLC fans hated that the two women also went for colonic cleansing together. Later Brittani came out which surprised nobody. However, along the way, fans knew that she couldn’t stand Frank.

When she came out, many fans thought she only said that to annoy the boyfriend of sMothered mom, Mary. Well, in November last year, we reported that Redditors dug up an obituary that suggested Frank died. Many fans hoped that “if Frank Canuto just passed away…[Brittani and Frank] made their peace first.” The obituary came from Morningside Church in Port Saint Lucie. However, as it never mentioned the show, fans couldn’t confirm it.

The obituary mentioned Mary as his wife. That confused fans as the show called him her “live-in boyfriend.” Now, Mary confirmed his death and the fact that they married.

sMothered mom, Mary Cooper took to Instagram this week and shared two sets of photos. In the one, she put up a gallery of slides of her with Frank. We chose one of those for our featured image at the top of this article. In that post, she wrote, “I miss you my love.” Well, some TLC fans wondered where he went. Obviously, the news of his suspected death didn’t reach a lot of people. A few hours later, Mary shared a collage of photos that revealed the couple at their wedding.

The caption on the wedding post by sMothered mom Mary read: “This was one of the most incredible and most wonderful days my life.” She called Frank her “soulmate” and said he’ll love him until they “meet again in heaven 🙏🏻.” For many fans, the post revealed two things. Firstly, the confirmation that Frank passed away, and the fact they married. Some fans asked if he passed from the coronavirus. However, our report confirmed he died from cancer. Naturally, many fans sent in the condolences. Even late, they might comfort Mary and clearly, right now, she still grieves for him.

What are your thoughts on the news that sMothered mom, Mary Copper and Frank married? Are you glad that happened before Frank passed away? Sound off in the comments below.